On The Pilgrimage Trail In Chichibu

June 14, 2010
Prime Minister Kan, it was reported, responded to a scandal a few years ago by resigning from politics and embarking on the famous 88 temple pilgrimage in Shikoku. This is not as unusual as it sounds. Around the country, there are a number of ancient routes that link Buddhist temples, for those who need time off to contemplate or prepare for a new stage in life. These pilgrimage routes are called 巡礼 junrei.

Visiting me over the past two weeks, T-kun, an old friend from the UK has been walking the pilgrimage route in Chichibu, Saitama prefecture, and completed 30 of the 34 temples on the route, all on foot.

I went with him to a couple of the temples, such as number 12 and from 17 to 20. Some of it is paved road walking, but we also crossed small paths along rice field paddies, and he tells me there are tough climbs as well, especially on the final stretches up by the Arakawa River. The views are amazing, considering you are only a train journey away from Tokyo.

In Chichibu, the pilgrimage is called fudasho, while the 88 temple pilgrimage in Shikoku is called henro. The total distance that my friend aims to cover on foot is about 100 km, or the same length as if he were to walk from Tokyo to Chichibu.You could do this as a day trip or choose to stay at ryokans in the area, enjoying hot springs and local food, especially soba, mountain veggies, and jisake (local sake) such as the Bukou from a small brewery near the JR Chichibu station, where you can sample different types as part of the tour, jokingly called "destination 35" in reference to the fudasho!

Keep in mind that this is a serious endeavour, a real Edo era pilgrimage, dedicated to Kannon, the godess of mercy. Many of the temples in Chichibu are Zen. What is really nice is to get a stamp book, and at each temple, you collect red stamps and beautiful hand written calligraphy inscriptions, as a special memory. 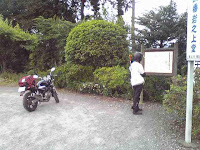 It can be more or less "religious" as some do the route by buss or even motorbike, as I discovered near temple 20 on the fudasho trail in Saitama. He was studying the map and said, "Go ahead!" when I asked if I could take the snap shot.

Note that the biker is dressed in a traditional white shirt, although the straw hat has been replaced by a helmet. He also had the special staff, rosary and more, with symbolism from ancient times, representing the six stages of existence, or samsara...

Preferably, you would want to do the temples in the right order, as my friend is attempting to do. As he ends the day at one particular spot, he also makes a point out of starting at that same spot the following day, not making short cuts. I do hope he will manage to complete the last couple of temples, as I know it means a lot to him to have found this so enjoyable and significant.

Searching for images, I was delighted to note that this pilgrimage route does indeed attract attention from some very sincere bloggers, with good cameras to boot: 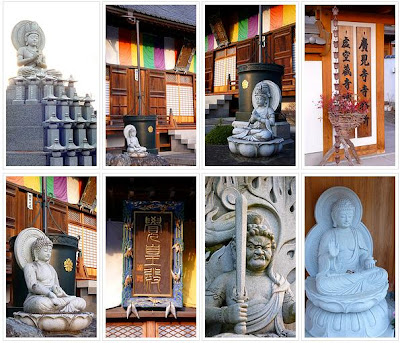 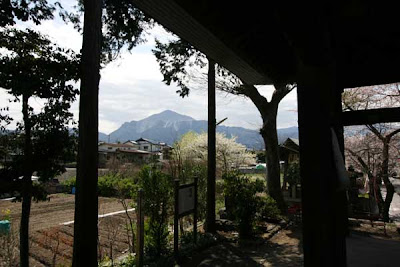 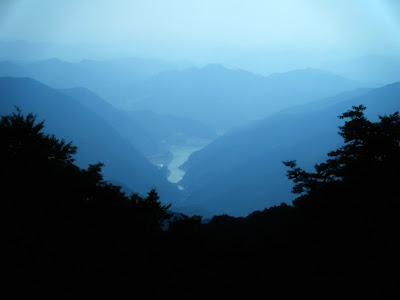 A wonderful book on pilgrimages in Japan: Ed Readicker-Henderson's "The Travelers' Guide to Japanese Pilgrimages" who writes that there are more than 100 pilgrimage routes in Japan.
4:33 am, June 15, 2010