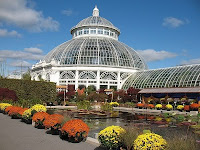 Save biological diversity by saving seed: the genetic resources needed to feed the world are under threat. Human intervention, climate change, pollution - and neglect - are all factors that severely reduce biodiversity. For food crops and livestock this is a very serious issue.

If farmers choose to grow only one crop on huge farms, and reject varieties that they do not think are as profitable or easy to grow, who is going to preserve those other crops?

As a seed is left forgotten (or eaten), its amazing genetic information is simply lost forever. Traditionally, farmers carefully saved seed based on observation of how the crops grew, how they handled changes in the weather conditions - and how good it tasted!

Much of colonialization was really about accessing and bringing back edible plants to feed the growing population in Europe. The potato is a classic example. Often, there was little understanding of the need for genetic diversity. The famine in Ireland is often cited as an example of how growing a single crop can cause huge problems, as plant disease easily strikes a monoculture, and ruins the entire harvest.

Botanical gardens are another example of this way of thinking: useful or exotic plants could be kept in a colder climate when Europeans built large glass houses. But most tropical plants did not survive well and this approach was abandonded, and most botanical gardens today are more like parks or zoos for pleasure rather than for serious research. Here is a list of some 75 different botanical gardens around Japan, including an alligator garden in Shizuoka!

You can visit Japan's oldest Botanical Garden in Tokyo: 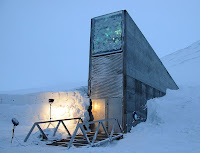 The 20th century was the era of seed banks: huge collections of seeds carefully selected and stored. The pioneer was Nikolai Vavilov, the Russian researcher who created the largest seed bank at the time in Leningrad. The new Seed Vault in Svalbard is an example of this way of thinking. But how useful is that really in time of crisis?

A much better approach to saving seed and thus saving biological diversity is to grow the seed. If we want to achieve sustainability and make sure no genetic resources are lost, there is not much point in keeping seed in a box on a shelf. We need to put the seed in soil and watch it grow. This is also known as "farming" ;)

The Seed Vault in Svalbard has a sculpture by Mitsuaki Tanabe from Yokohama. He said:

Preserving the natural habitat of wild rice means protecting the rich genetic resource of rice along with all the plants and animals living there. It is linked to basic protection of the diversity of all life, including fish, insects, reptiles, and amphibians." He argues convincingly for three measures: 1. Preservation of existing species through conservation by farmers. 2. Preservation of natural habitat through in situ conservation. 3. Preservation and storage in institutions or ex situ conservation (using general seed banks). According to Tanabe, "Future biological diversity will be protected when these three measures are carried out."

Anonymous said…
You, sir, are really getting into it. Thanks for sharing so much good and relevant information on seed.

Joan Lambert Bailey said…
What a great article, Martin! I'm just catching up on my reading now, and am really enjoying your series. I'll be plotting a visit to the gardens soon.
9:25 pm, July 19, 2010