How To Store Nuclear Waste, A Very Long Time 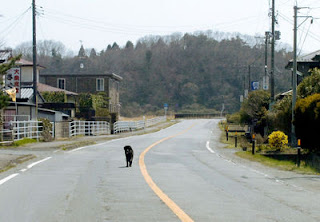 We all use electricity, and we all assume that there is a plan, to keep the power on, all the time. What we all ignore is how the nuclear power plants are run, and especially how the waste from such facilities will be stored. In fact, there is no plan at all. Some 70% of the radioactive waste is stored at each nuclear plant, here in Japan. Soon, such storage facilities, inside nuclear power plants, will be full.

The plan, here in Japan, was to ship the radioactive waste to Rokkasho in Aomori, but that "reprocessing plant" has had all kinds of problems.

While politicians in Japan who are trying to get elected in December may worry about energy production in the short term, I think they ought to be honest enough to also suggest how Japan is going to deal with the long term disposal of nuclear waste from 54 nuclear plants.

Fukushima Gov Yuhei Sato on Wednesday visited a site in Futaba that currently stands as a potential candidate for the storage of radioactive waste and debris from the Fukushima Daiichi nuclear power plant crisis.
Sato told reporters that there were some remaining points of concern that could only be verified by an on-site inspection, Fuji TV reported. Sato said he is still discussing with Environment Minister Hiroyuki Nagahama to confirm whether or not the site meets the government’s guidelines for a storage facility.
Although Futaba Town Mayor Katsutaka Idogawa did not attend the inspection, a spokesperson said representatives from seven other towns and villages in the area have agreed to the proposed facility.
Idogawa has opposed the plan from the beginning, saying that the land was sacred to the residents and their ancestors, and that if a storage facility is built in the area, residents will never be able to return to their land.
He also said that the central government continues to disregard the views of local municipalities, making it impossible for there to be mutual trust.
The plan calls for the government to buy up or lease land that has been abandoned in the Futaba area where radiation doses are likely to exceed 100 millisieverts per year.
The facilities, which would have concrete walls, will be used to store containers of contaminated soil and radioactive waste from the no-go zone and other areas in and around Fukushima Prefecture.
The waste will initially be stored for three years in short-term repositories while the government constructs bigger facilities for storage over a 30-year period.

Japan's Nuclear Regulation Authority has questioned the president of Tokyo Electric Power Company, or TEPCO, about its nuclear safety policy.

Naomi Hirose met the chief of the authority's secretariat, Katsuhiko Ikeda, on Thursday.

Ikeda is said to have demanded in the 30-minute closed meeting that TEPCO's management play an active role to ensure safety at its nuclear power stations.

Among them is damage to spent fuel assemblies found at TEPCO'S Kashiwazaki-Kariwa plant in Niigata Prefecture.

After the meeting, Ikeda said the key to organizational reform lies in how management aggressively tackles the challenge and ensures that rank-and-file workers share its intentions.

He said the firm will take specific steps to make its top officials' ideas clear to all employees.
Nov. 29, 2012