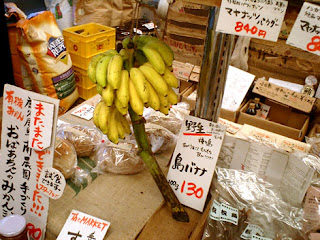 Did you know that Japan has really delicious bananas? In the south, as this country reaches down into tropical regions, they grow terrific tasting bananas, sweet and with a slight sour note that adds to the experience. Here is to hoping we can all get more such tropical fruits in the rest of the country.

Slow life... People living down south are trying to tell us something... We can enjoy the fruits of their labour. HAPPY SLOW LIFE has more. 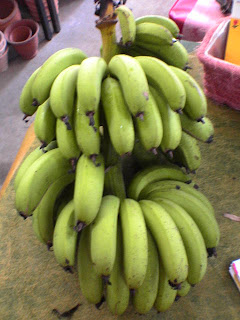 Tanagashima bananas are short and tasty, a real treat.

Meanwhile, Europe and South America have just concluded a long World Trade Organization battle on bananas... The Telegraph has more.

The EU import tariffs had favoured imports from former European colonies, with no duty imposed on bananas from former colonies in Africa, the Caribbean and the Pacific. However, the EU charged duties on bananas from other countries. The banana issue is one of the longest running disputes in the post-World War Two multilateral trading system. 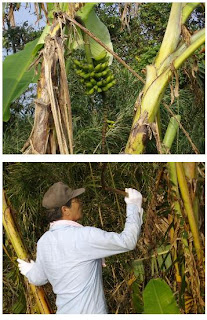 No, yes, oh well. U.S. banana companies are going to rejoice. The EU tried to find a way to help its old colonies. Not popular, in these days and times. If you live in Japan, do ask for bananas from the south, like Tanegashima...

All we need to do is find alternative ways of procuring the food we eat on a daily basis, supporting farmers we know and trust. What a difference it would make. Seriously. These short and tasty bananas are so much better-tasting.

Or you could go with the "trend" of Dole bananas, supported by Time Magazine,  Postcard from Tokyo Japan Goes Bananas for a New Diet, complete with a photo of a girl that smiles a huge smile all teeth and, yes. no, she really gives Time or Reuters the photo they needed for that story...

Sigh... Whenever you hear the word "trend" you know that someone is paying a lot of money to make that a fact.

That Time/Reuters photographer clearly had no integrity or he would not have let such a bad photo pass. 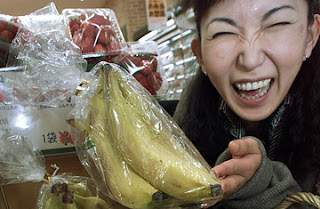 According to Ministry of Finance, Japan's banana imports were 970,000 tons in 2007, mostly from Taiwan and the Philippines. "It takes from 10 to 15 months to harvest bananas, so it is not at all easy to meet a sudden increase in demand," says Dole's Ohtaki. Dole Japan is trying to make up the shortfall by negotiating distribution deals with Dole corporations in other countries. Supplying the spike in demand will be lucrative, because banana prices in Japan have risen about 20% as a result of supply shortages that have coincided with the diet fad.

Pandabonium said…
Good grief. I would happily buy Japan grown bananas if I had known that I had a choice!

I used to grow my own in Hawaii. I love this fruit and have actually looked into finding a variety that might grow in our location - sadly without luck.

I will definitely ask for Tanegashima or other Japan bananas.

Thanks for the information.