I was here in Japan as the Berlin Wall was no more, and soon the Soviet Union also was no more a union. Imagine how these artists felt as they were so warmly welcomed in Tokyo, Japan. Things change.

As we try to make a living, making money, paying this tax and that, doing the best we can: there is also the insight that we are so terribly poor. We just have no idea how to manage. Human beings, hard at work, we make all the effort, but we just have no clue how to survive on this beautiful planet. Why is that?

At the edge of the Pacific Ocean, Hokkaido, migrating birds know where to go, since ancient times. 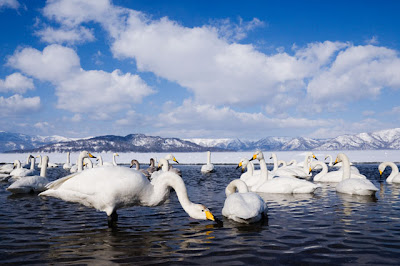