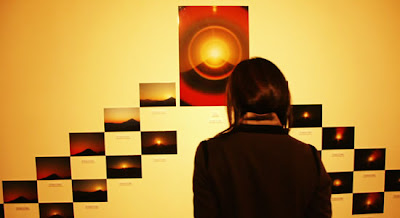 Spring Equinox is a holiday in Japan. It fell on Saturday this year, so Monday is a substitute day off. Congratulations, you all deserve it.

Known as 春分 (shunbun, vernal equinox) this is an ancient time to take note of the change of the seasons. When we talk about climate change or global warming, perhaps we ought to pay more attention to how the seasons and the climate had deep and profound implications for farmers and everyone. They paid much more attention to the stars and the planets than we do today. It made a difference, as they had to plant seeds and plan trips and sail according to the warm winds.

Living closely attuned to the seasons was the key to survival for people since ancient times. In Asia, the calendars used to be lunisolar, meaning the cycles of the moon and the sun where both taken into consideration. For farmers in Japan, this calendar was also helpful as a guide to remember what to expect next.

The principal method of telling time is actually rather easy. The day is divided into twelve rôkoku or koku (“hours” for want of a better term, although one koku is equal to two modern hours) and is given the name of one of the animals from the zodiac. For example, the Hour of the Horse, or Uma no koku, corresponds to 11 a.m. – 1 p.m. on a modern clock.)

Time, for the ancients, and for farmers in particular, was clearly cyclical, not linear as it tends to be today. The Gregorian calender was introduced here in the 1870s, but time still tends to bend slightly differently. For example, 2010 is the 22st year of Heisei, as we count the years since the current emperor ascended the throne.

Some of the ancient names, such as Shunbun, Geshi, Risshū and Tōji, are used in everyday life in Japan, to note the spring equinox, summer solstice, autumnal equinox and winter solstice.

After all, time/space is only a construct of the mind. When we try to develop a more sustainable lifestyle, trying to understand the universe, we need to disregard the seconds, minutes, and hours... and learn to appreciate a more slow lifestyle.