Sustainable Farming: Tofu, Natto, Miso - Is It GMO Or Not? 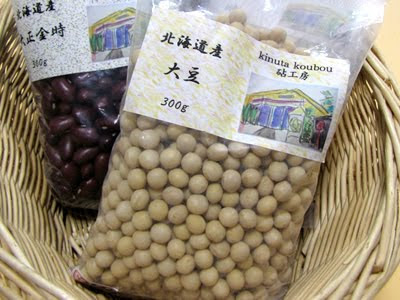 A lot of Japanese foods include soy as a main ingredient, including tofu, natto, and miso. Noone here wants genetically modified foods in Japan. There is no commercial farming of GMOs and a lot of resistance, with GMO-free zones appearing. The labelling laws are not perfect, so, how do you know if the beans are genetically modified?

If the soy is from Hokkaido, you can be sure that it is not GMO. In fact, a lot of Japanese food companies are carefully sourcing soy beans from Hokkaido (where no GMO soy is grown) and also from certified farms in North America, where some truly wonderful farmers are resisting the Monsanto driven GMO style farm policy. Certified organic farms - of course - do not use GMO soy. Actually, the number of farmers buying seeds from Monsanto are decreasing.

Companies like Honda have special silos in the US where they only accept non-GMO soy, for export to Japan:

Honda is also a major exporter of premium U.S. soybeans to Japan. High-quality soybeans known as White Pearls are grown by local farmers in Ohio, Indiana and Michigan. Some of these soybeans are even harvested from Honda land that encompasses three of Honda's five auto plants in Ohio, an R&D vehicle engineering center and 7.5-mile test track and vehicle testing facility.

Hanusik said he contracted with a record number of farmers to plant non-GMO soybeans. “This year we are producing roughly 45,000 acres of non GMO soybeans. Last year we were right around 25,000.”

Steve Waddell, a farmer near Columbus, Ohio, switched to non-GMO production because of the higher premiums. Waddell says he will earn a $2.00 premium for non-GMO soybeans this year.

John Suber, owner of Ebberts Field Seeds in western Ohio, sold out of non-GMO soybean seed early and has doubled non-GMO seed production acreage for next year. “We anticipate that demand will continue to grow,” Suber says.

Jim Beuerlein, an Ohio State University Extension agronomist, echoes that assessment. “There are a number of markets, both stateside and internationally, that want non-GMO varieties and they are willing to pay the premiums for it.”

The Organic & Non-GMO Report is a monthly newsletter that provides information you need to respond to the challenges of genetically modified (GM) foods.

Pandabonium said…
Thanks for the links. Since I don't eat any meat except fish soy is an important part of my diet and I am concerned about GMO soybeans.
7:16 pm, March 26, 2010

Lesley said…
I would love to know what the updates to this story would be now that GMO's are all the rage and GMO's are imported into Japan Including soybeans... any updates to this? I am living in Tokyo and am concerned... Thanks!

HAUTEHER said…
Wow, The blog looks great. Thanks for sharing the information with us. You can also visit hair care tips for ladies