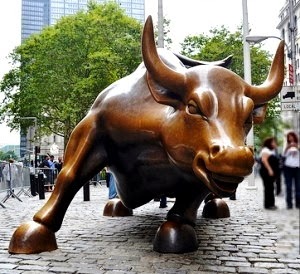 Energy technologies? So, dear readers of this long-suffering Kurashi blog, what do you think of Mr. Shinzo Abe's comment?

[Energy technologies]
You (Americans) live in a country that is very lucky indeed, enjoying tremendous economic power through shale gas and shale oil, which will also lower your fossil fuel costs. Japan is not so fortunate. But it is exactly because we lack this good fortune that we have become masters of innovation.
Compared to 1973 when the Fourth Middle East War erupted, Japan's energy efficiency has improved by some 40 percent. Japan's petroleum-equivalent energy consumption per thousand dollars of GDP is now a mere 0.11 tons, in contrast to 0.17 tons for the United States. China's is 0.6 tons, showing how Japan's highly advanced energy conservation technologies outperform the rest of the field by a wide margin. Herein lies an opportunity for Japan to grow -- and an opportunity for you to invest.
Some 70 percent of the world's lithium-ion batteries for automobiles are made in Japan. Japan also makes the batteries in Tesla Motors' electric vehicles that are so popular here in the United States. Next-generation automobiles are -- to play on the famous phrase "Intel Inside" -- a case of "Japan inside."
Japan's LED lighting is also highly efficient, consuming less than one-fifth the electricity used by incandescent bulbs.
One provisional calculation asserts that if worldwide demand for 6.5 billion incandescent bulbs were replaced with Japanese LED bulbs, the energy conserved would exceed the output of 200 new nuclear power stations.
In addition, Japan will also continue to make contributions to the world in the area of safety technology for nuclear reactors. There will be no abandoning them. I believe that it is incumbent upon us to overcome the accident in Fukushima and contribute to the world by having the highest level of safety in the world.
In the waters off Fukushima, a power-generating technology of the future is now on the verge of blooming. That is technology for "floating" off-shore wind power. Currently, there exist only 2MW-class wind turbines anywhere in the world.
But we are now working to develop 7MW-class wind turbines off the coast of Fukushima. Its colossal wind turbines some 200 meters high generate electricity despite the roll of the waves. This will be a massive project that brings together concerted efforts from around Japan, with internationally respected steelmakers, heavy industry manufacturers, electronics industry manufacturers, and others participating.
Japan's energy technologies are a mass of sheer potential. That is exactly why I will push forward with reforms to the electric power system. In order to accelerate this kind of dynamic innovation still further, I will bring about a major transformation of Japan's energy market by liberalizing the electric power sector.
Energy politics