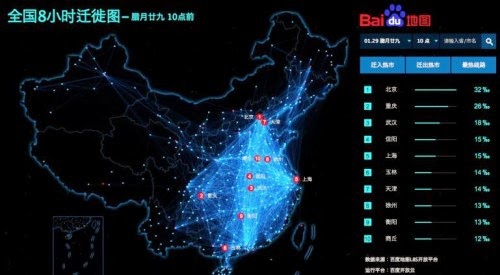 This map made me think about Communist China in a new way. It shows the economic reality of where people with the means can travel. Other areas, not so much. Taiwan: why is it a blank spot? How was this data collected? No way this is sustainable. As the current economic model fails to deliver, millions of people will be rather angry, unless there is much more enlightened leadership. China, as we know it, is much smaller and incredibly dense. No wonder the pollution is so high.

I have not yet visited China, and Kurashi could benefit from more information - but really, this image provides much more food for thought than a thousand words... 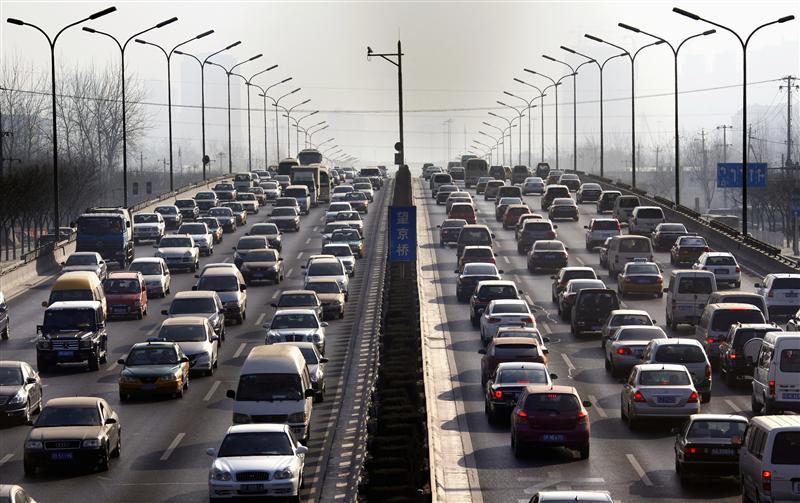 With hundred of millions of people on the move within China for the start of the Year of the Horse, the phenomenon is the biggest human migration in the world.
In addition, millions more travel to China from overseas to celebrate the coming of the new year with friends and family.  The increase in travel is dubbed the Spring Festival Transport or Chunyun and lasts for around 40 days.
Baidu, China's largest search engine, has captured this incredible commute in an interactive map. It was created by logging data from smartphones equipped with Baidu Maps or other applications using its location-based platform.
The largest source of location-based date in China, Baidu Maps has over 200 million registered users and received more than 3.5 billion "position requests" every day as of August 2013.
The surge in commuters begins in the weeks before the start of the Lunar New Year, as Chinese citizens traverse the country to celebrate the coming of the Year of the Horse.