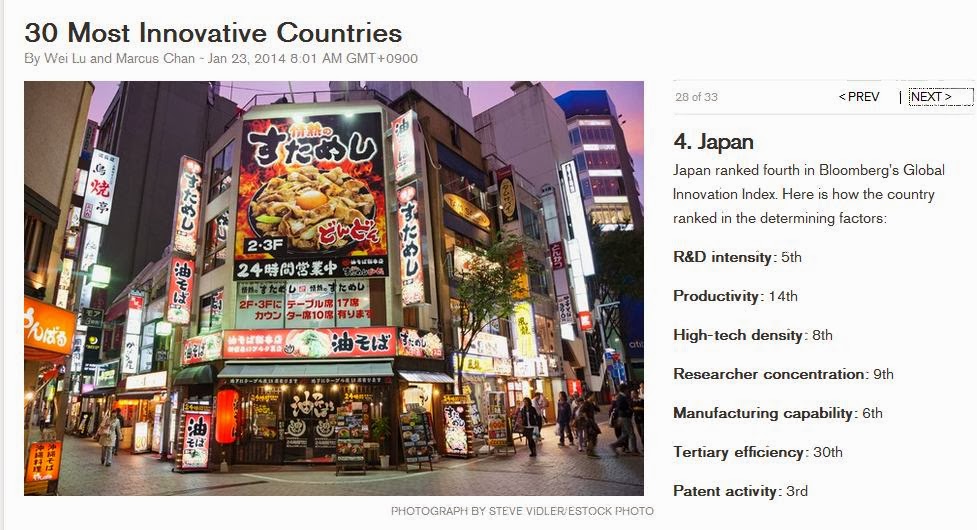 We all like to compare, and here is how Bloomberg got Japan at 4th place among the world's most innovative countries.

I would be much more impressed if Bloomberg added an energy capability to its index. And why not other factors related to environmental protection?

We all held our breaths, and sorry to say, Toyota once again is the world's number one car manufacturer. Too bad, I would say, as Japan has no idea how to supply the gasoline to promote a car-owning culture.

I know, they are awfully fuel efficient and they do the Prius and all of that, but come on, we are facing a future with massive emissions of carbon dioxide, and other man-made gasses and stuff that muck up the air children breathe... Ahem. BBC: 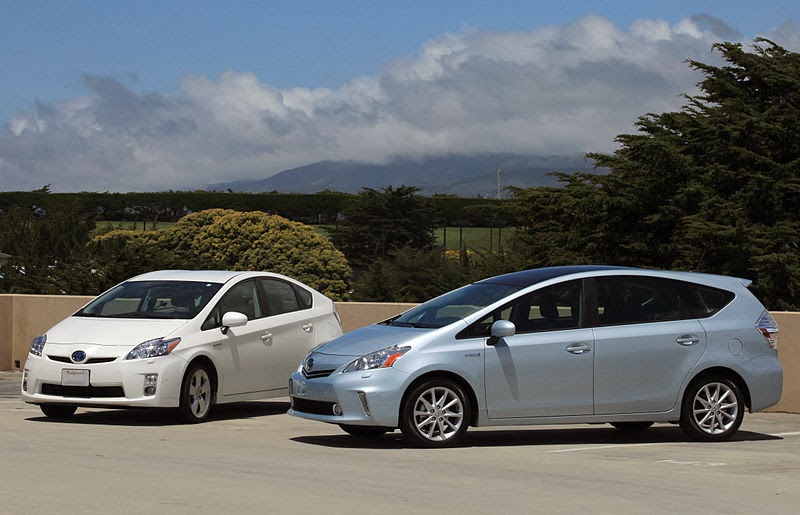 Prof Bailey said Toyota had "benefited greatly from Abenomics and the depreciation of the yen, both in making exports from Japan cheaper and in converting profits back into yen".
He added that in addition to this, the company has changed strategy and invested in the right kinds of new technology.
"The firm has weathered the storm over recalls and the earthquake and tsunami disruptions well. It has gone back to its core strategy of focusing on quality. The firm has also made the right bets on technology, in terms of developing hybrid technologies.
"These will be key technologies over the next few years and Toyota has led the way with them," he said. 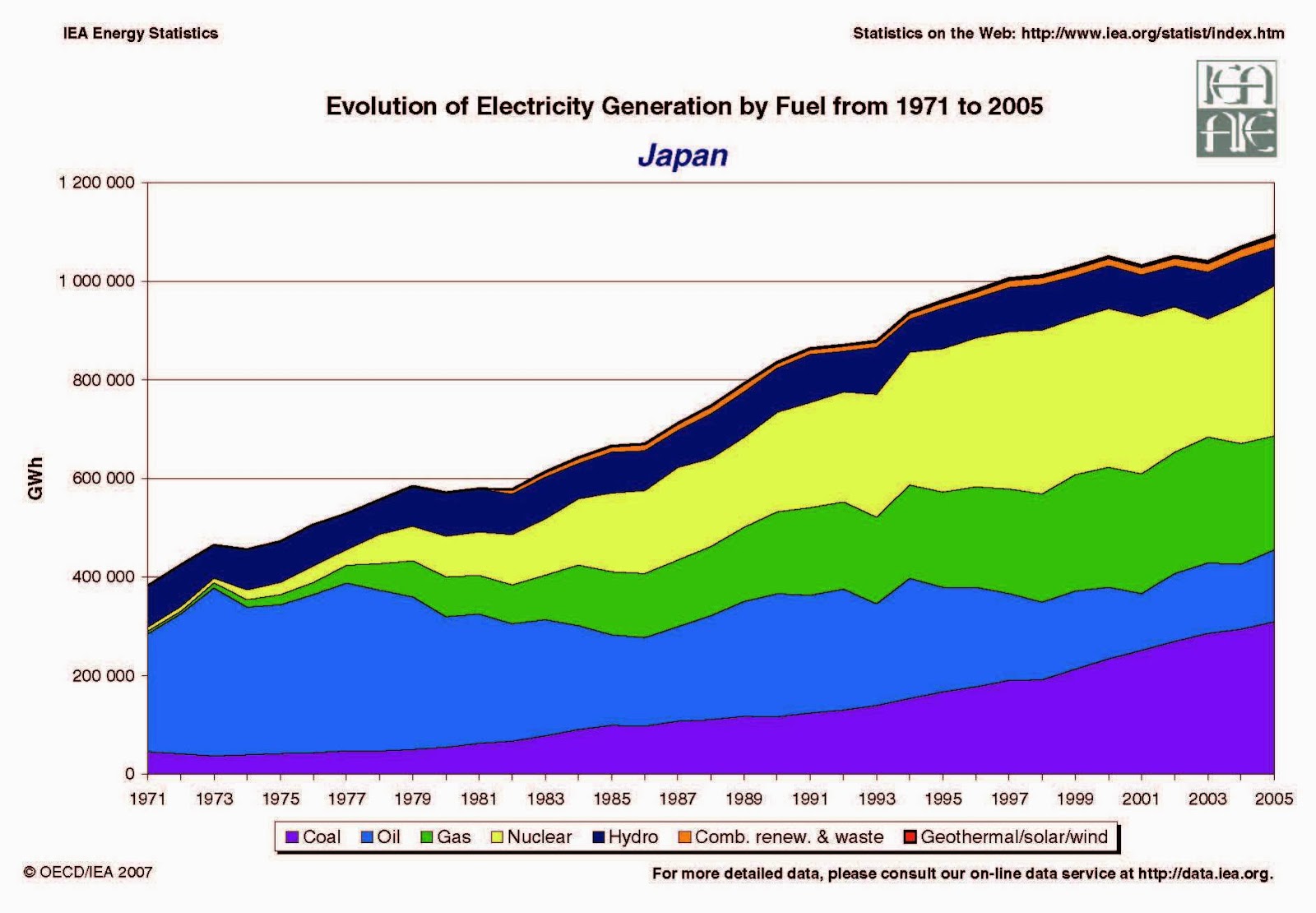 I would advice, sell less cars and this planet of ours would be in a much better shape. I'm sure cities like Manilla that I had the pleasure to visit for a conference about food security, would do well to have less Toyotas, not more.

Some 80% of all cars in the Philippines are made by Japanese car makers, led by Toyota, many at local factories that provide jobs, of course. That is how Japan Inc. prevails, no doubt.

Thai made Toyota Corollas are now being exported to the Middle East and elsewhere, according to Nikkei, noting that Toyota wants to quadruple its exports from its Thai car factories...

But then again, most people seem to think they can have their cake and eat it...

Back in 2000 Japan "ranked third behind the U.S. and France in amounts of renewable energies introduced, according to the 2000 statistics of the IEA (International Energy Agency), but the percentage of such energies in primary energy supply is slightly lower than in other nations. As far as power generation is concerned, however, Japan tops all other developed nations with the exception of the U.S., and is roughly average among developed countries in terms of the percentage of renewable energies used in power generation."

I would really like to see clever Japanese engineers being more innovative when it comes to these issues!
automobiles Climate change Economics 101 Energy Fukushima Transportation

Unknown said…
I don't like Toyota it too expensive for mostly same car as other brand like Chevy or Honda
9:13 am, January 26, 2014