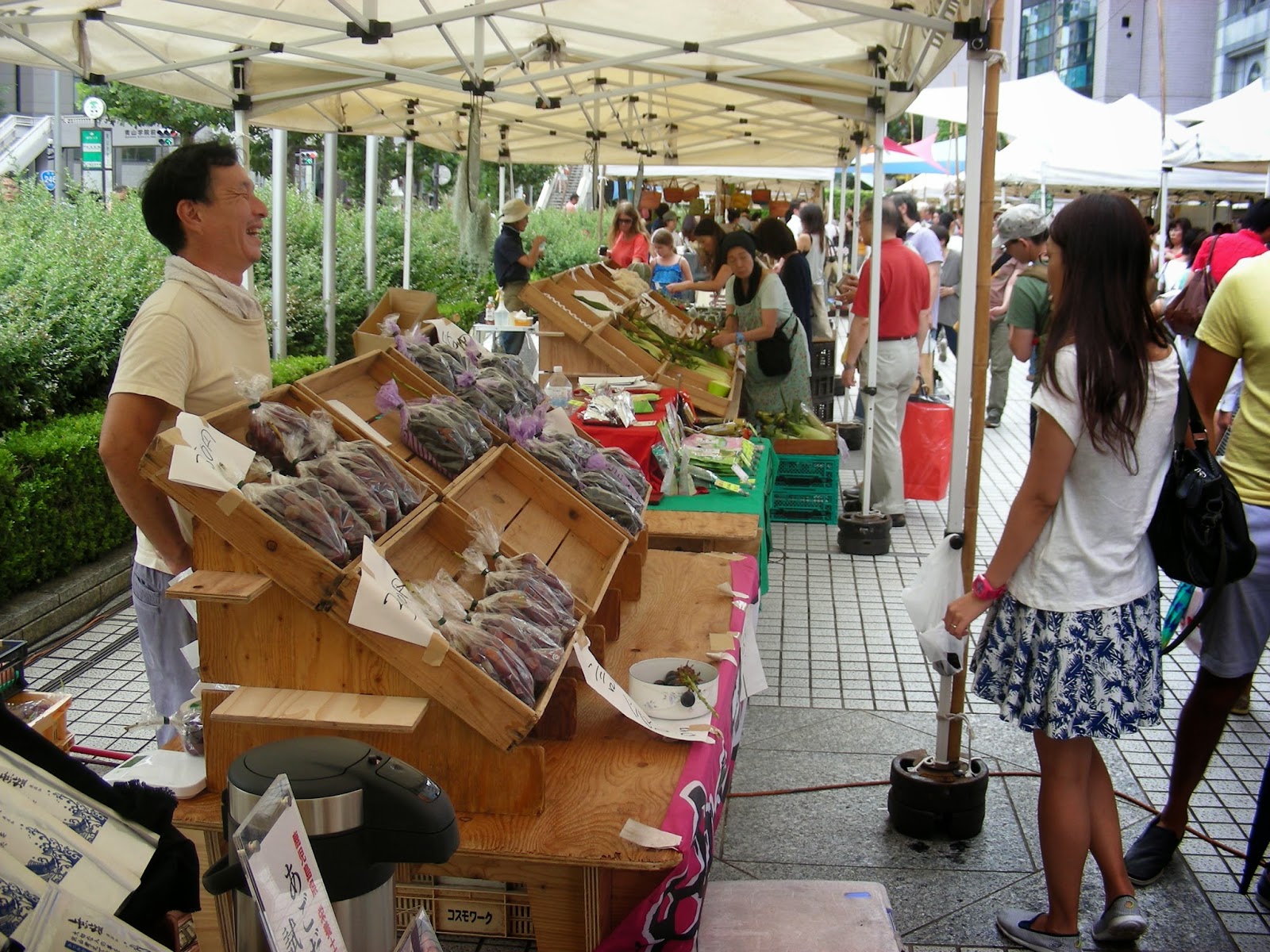 Last days of summer, with a hint of autumn in the air already? I went to the Farmers Market at United Nations University in Tokyo, and here are some photos of that happy event. Very nicely managed with white tents and wooden crates for the produce and preserves. I hear it is rather expensive to have a stall here (12,000 yen per day compared to, for example, Nippori Market at 5,000 yen per day) but many of the vendors come back weekend after weekend, so they must be doing well!

Asahi reports that this summer has been tough on veggie farming and that prices are going through the roof:

Vegetable prices are soaring due to the summer's heavy rains and a lack of sunshine across the nation, making for poorer growing and harvesting conditions than in usual years. These unusual weather phenomena are causing shortages of vegetables and showing up in higher prices in supermarkets across the nation. According to the Ministry of Agriculture, Forestry and Fisheries, the retail prices of cucumbers and lettuce are double those of conventional years, and will continue to remain high for the next few weeks. 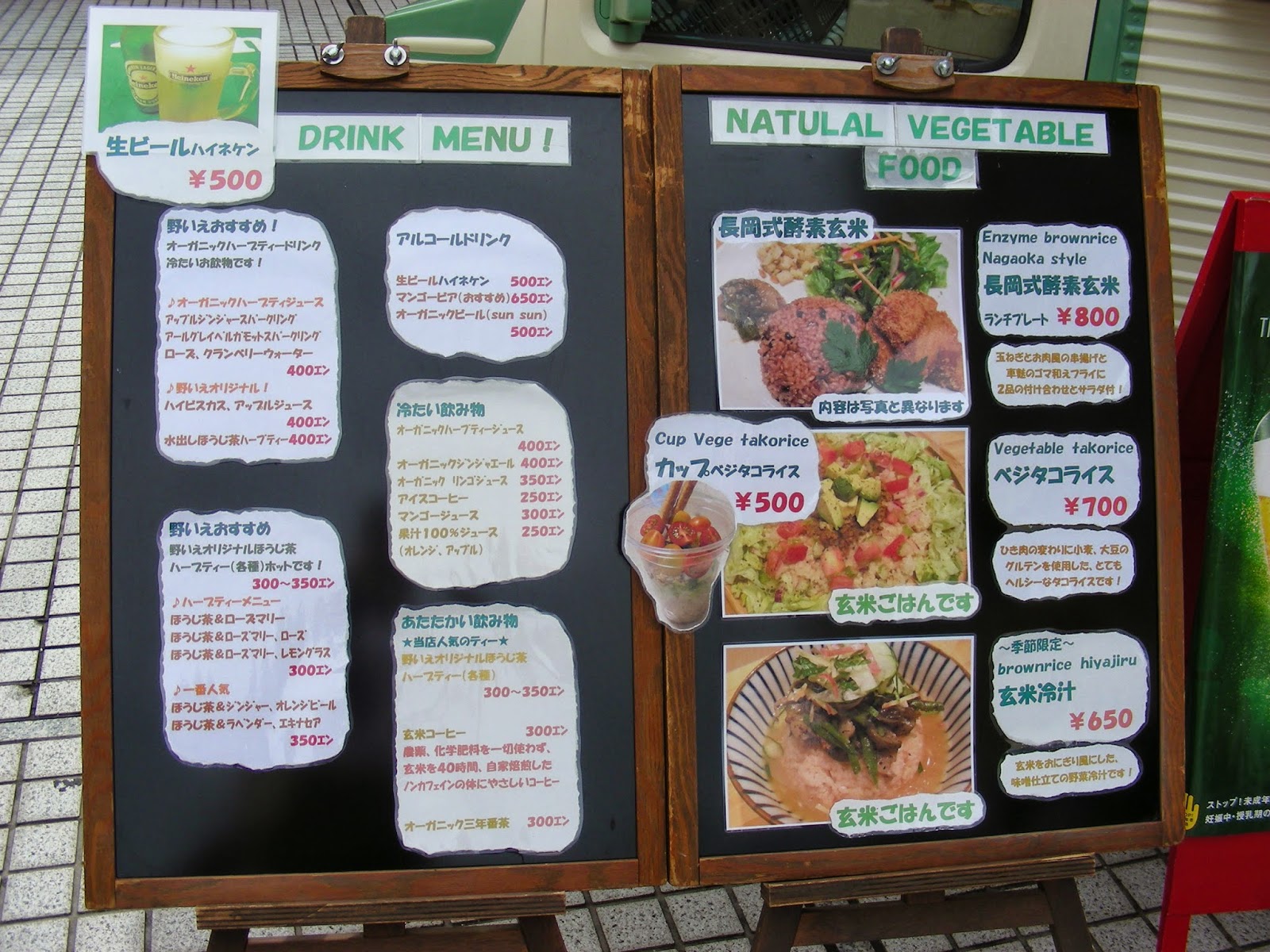 Many supermarkets now do special "time sale" events where for just an hour or so, they lower the prices, and then push them back up again.

From North America, Food Safety News reveals how a critic of the organic movement operates:

When The Cornucopia Institute, a farm policy research group, officially launched in April 2004, one of its primary issue areas was what it referred to as “The Corporate Attack on Organic Agriculture.” At the time, Cornucopia’s focus was on the father-and-son team of Dennis and Alex Avery at the ultra-conservative Hudson Institute’s campaign to discredit organics. Now, in 2011, after seven years of successfully exposing the genesis of Hudson’s ire, and greatly diminishing its effectiveness, a new generation of “Trojan horse” naysayers has emerged.

The latest attacks come from Mischa Popoff, a Canadian who purports to be an advocate for organics and is publicizing his self-published book entitled, "Is It Organic?" The author misses few opportunities to impugn the integrity of the organic label, or USDA oversight, while simultaneously defending biotechnology and the industrial agriculture system that organics seeks to replace.
“Addressing the potential damage from attacks by the Hudson Institute, and other right-wing think tanks such as the Hoover Institution, the Heartland Institute, and the Competitive Enterprise Institute, was relatively easy,” said Mark A. Kastel, codirector at the Wisconsin-based Cornucopia Institute. “Every rebuttal that we published, or preemptive media advisory we issued, was put into context by including the corporate agribusiness funding base for the work of these entities.” 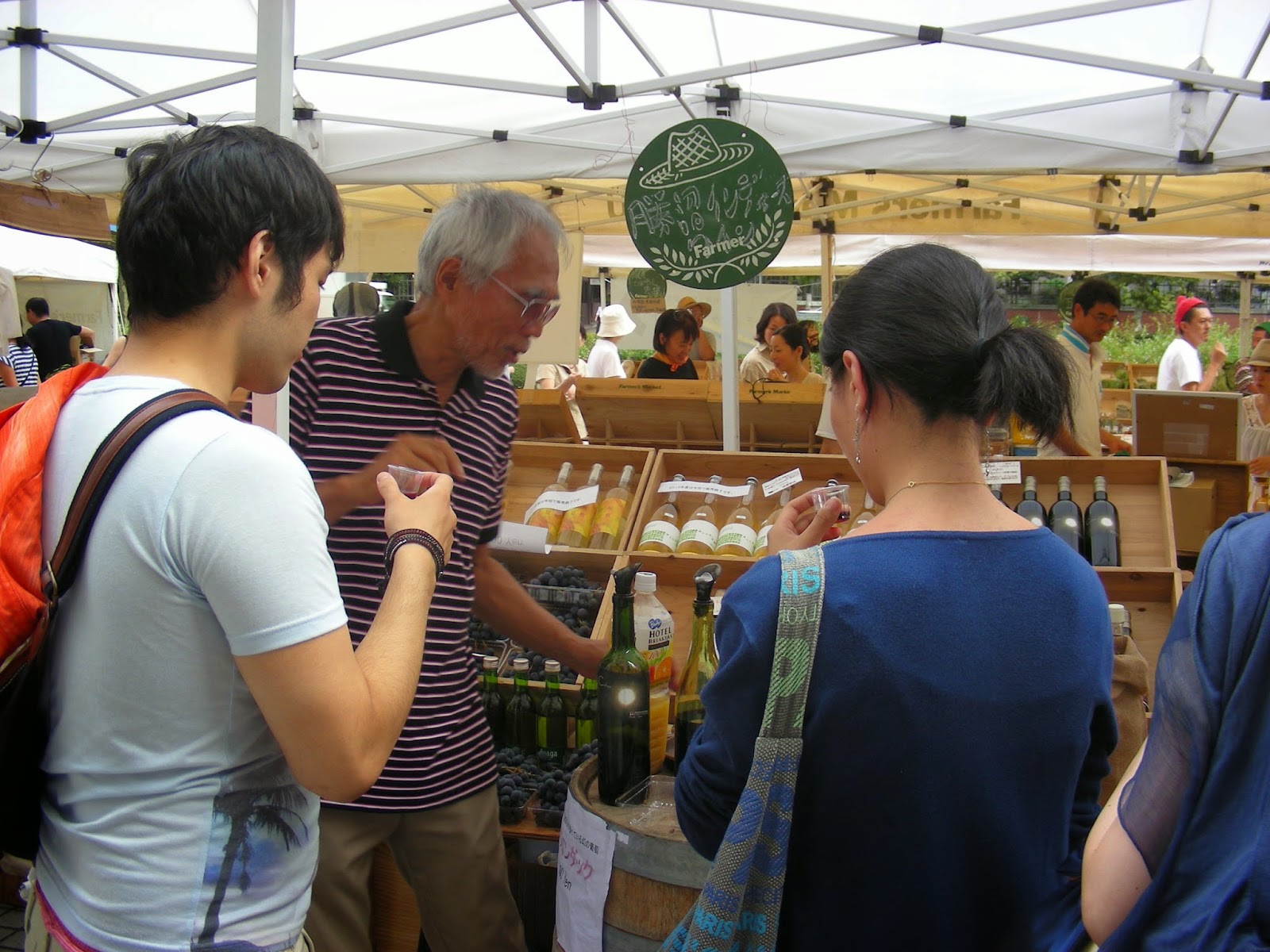 August also saw a flurry of reports about the tough task to convince land owners in Japan to provide space for radioactive waste from the crippled Fukushima Nuclear Plant. I think it is sad but logical that the towns in the immediate vicinity get to store it; sad because it will further cause them trouble, but logical since it doesn't make sense to ship the waste all over the country. Also, these locations may be easier to guard and to make sure they are kept safe. Good luck with that, for 30 years. And then there is the real issue of where to put the long-term storage. Not in my backyard, please...


The governor of Japan's Fukushima Prefecture has officially accepted a government proposal to build intermediate radioactive waste facilities in 2 of its towns.
The central government plans to build the facilities on 16-square-kilometer lots in the towns of Futaba and Okuma, near the damaged Fukushima Daiichi nuclear plant.

On Saturday, Governor Yuhei Sato met in the city of Fukushima with the mayors of Futaba and Okuma as well as 6 other towns and villages near the plant.
After the meeting, the governor officially announced the decision to accept the facilities.
The governor said the prefecture scrutinized government plans and judged that the facilities are essential in removing nuclear substances and restoring the environment. He added that it was a difficult decision.

The central government plans to start having the soil transported in January. 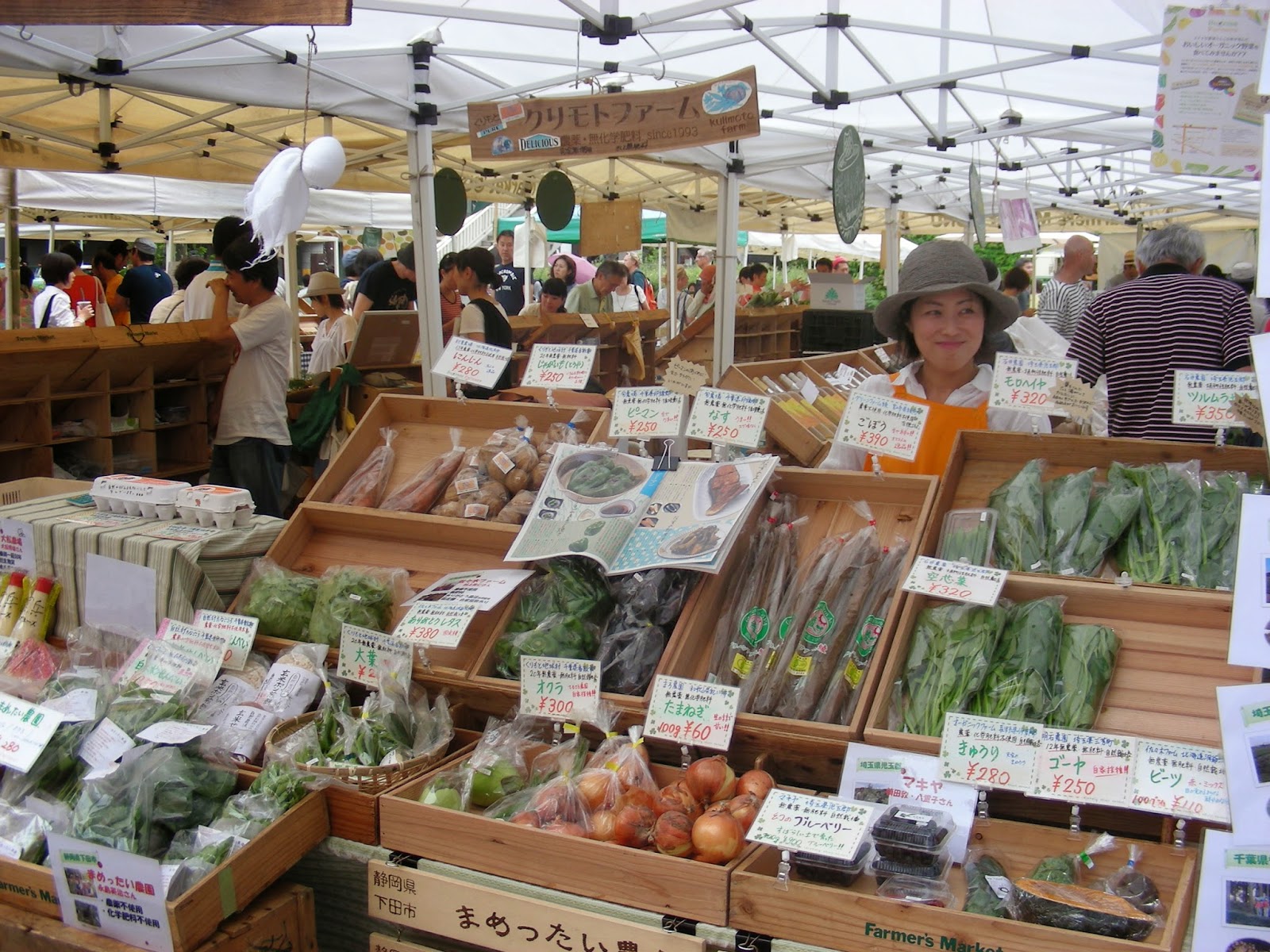 Two Fukushima Prefecture municipalities have decided to accept the central government's rich package of subsidies to allow the construction of intermediate facilities to store radioactive debris from the Fukushima No. 1 nuclear power plant disaster.
“We succeeded in greatly deepening (local officials’) understanding (of our storage facility plan),” Nobuteru Ishihara, environment minister, told reporters on Aug. 26 after meeting with members of the town assemblies of Futaba and Okuma.
Ishihara said the central government will pay subsidies totaling 301 billion yen ($2.89 billion) to support local residents’ lives and revitalize local communities. Of that, 85 billion yen will go directly to the town governments of Futaba and Okuma, which host the stricken Fukushima plant. The remaining 216 billion yen in subsidies will be distributed through other programs.


KAMI, Miyagi -- Residents of a candidate site for final disposal of radioactive waste emanating from the Fukushima nuclear disaster organized a rally here against a planned government survey for deciding where to build the controversial facility.


Some 1,000 people took part in the protest on July 17, which was organized by residents of the Miyagi Prefecture town of Kami -- one of the three candidate sites for construction of a final disposal facility.


Kazuhisa Mikata, mayor of the Tochigi Prefecture town of Shioya -- another candidate site for the final disposal facility -- participated in the rally to confirm the collaboration between the two towns in continuing to refuse the conducting of the surveys by the Environment Ministry.


Kami Mayor Hirobumi Inomata said, "Radioactive waste should be managed on the premises of Tokyo Electric Power Co.'s (Fukushima No. 1 nuclear plant) in an integrated manner." Inomata emphasized the need to revise a special measures law governing disposal of such waste in each prefecture. 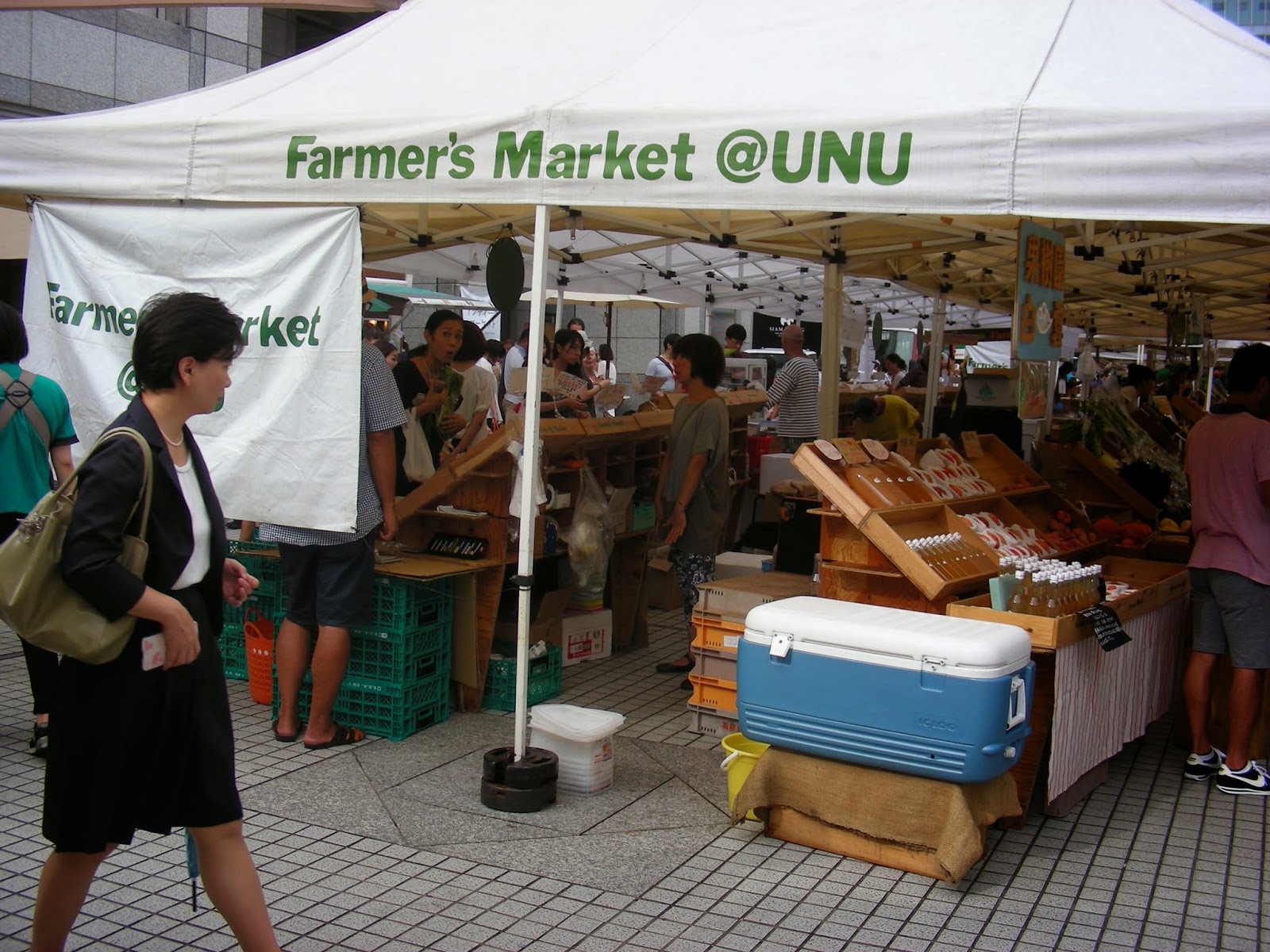 For more sad news, go to Ten Thousand Things and read and weep for Henoko in Okinawa. Or better yet, join the protest movement:

The 8.23 rally was organized by the All-Okinawa Conference which formed at Naha, the prefecture's capital, in July. Representatives included numerous elected political officials, including mayors from all of Okinawa's municipalities and representatives from environmental, women's, peace, and human rights NGOs. Their conference statement described their collective vision for Okinawa:


We reject any future for Okinawa that would continue to be dominated by the bases. It is our duty to pass on to our children an Okinawan future full of hope and we have every right to build freely and with our own hands a truly Okinawan caring society. We call upon all the people of Okinawa to unite again on an “all Okinawa” basis to demand implementation of the 2013 Okinawan Kempakusho and cessation of the works being imposed by force upon Henoko.

TenThousandThings said…
Thanks Martin for the updates. Concerned about consumer price inflation, wage deflation in Japan's effects on ordinary people. Here in the US formerly affluent (millionaire) seniors are now following in the footsteps of Japanese retirees in the late 90's, 00's who saw their wealth collapse under ZIRP, reduced govt. benefits, etc. They're not starving, but they're not on Easy Street anymore. Another good wake-up call in reevaluating consumer values & the transfer of wealth from the middle-class to an ever-shrinking elite.

Okinawans are defiant & unbreakable. They've survived the "Typhoon of Steel" brought upon them by the US & Japan, human rights violations, environmental degradation, military rape & murder of children & women, DUI vehicular homicides, sexual trafficking, environmental & cultural genocide. Much has been forgiven, with the intention of maintaining good will, but all of this grotesque history is being revived & now retold. Henoko is considered a breaking point, unforgiveable. The level of resilience, focus, solidarity is incredible. Truly similar to the Civil Rights Movement's challenged of American apartheid & Solidarity in Poland uprising against Soviet totalitarianism.
10:06 pm, September 01, 2014