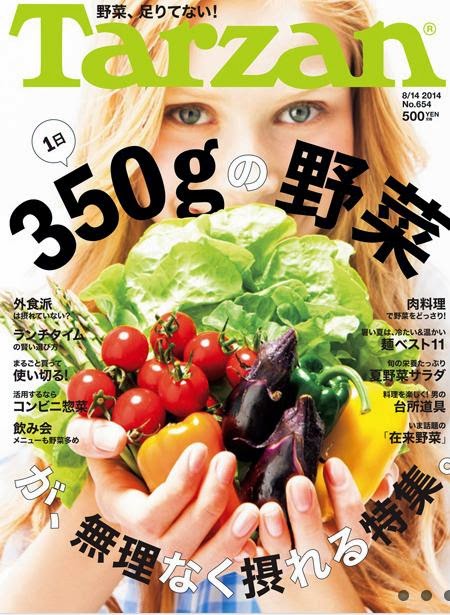 I won't eat these until I know what they are really made of. Tofu nuggets at McDonalds in Japan? Is the soy non-GMO or not? Plus the oil must be as bad as usual. Yet, If you want to try to avoid meat, it is a step, but it still includes fish.

The Japanese division of the world’s largest burger chain introduced a new nugget snack this week: Tofu Shinjo Nuggets, made up of tofu and vegetables in Shinjo, a dumpling-like food made up of fish paste and starch. The tofu nuggets will hit Japanese locations Wednesday.
“The new nuggets do not include any chicken,” but are made from ingredients that include onions, soybeans, carrots and minced fish, a spokeswoman at McDonald’s Japan told the Wall Street Journal. "Because it isn’t meat, it tastes a bit different. It’s a bit softer. Calorie-wise, it is a bit lower than chicken as well.”

McDonalds is in huge trouble in Japan.

Earlier, McDonald’s Japan halted sales of products containing China-produced chicken, including Chicken McNuggets and the Chicken Filet-O sandwich, and announced that it would begin sourcing its chicken products from Thailand instead of China.
“I would like to extend my sincere apology to our valued customers,” Ms. Casanova said at a Tuesday news conference.
McDonald’s Japan also withdrew its earnings guidance (or forecast) for the year Tuesday, saying that it was unclear just how much dealing with the fallout from the meat scare would impact revenues. The withdrawal capped off two straight years of falling sales for McDonald’s Japan. For the first six months of the year, the division reported a 50 percent drop in operating profit to 3.5 billion yen and a 59 percent drop in net profit, to 1.85 billion yen.

That's a lot of drop in net profit here in Japan. 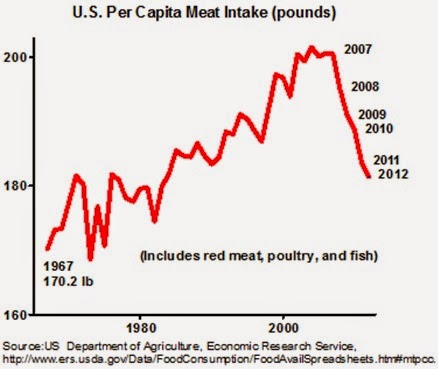 As I noted earlier on Kurashi, no wonder the US meat industry is so desperate to push Japan and other importing countries to further "liberalize" meat markets. US meat consumption is rapidly decreasing, so producers want to increase their exports. Simple, but their tactics may be about to backfire.

What the US pork and beef people face is a complete collapse back home. Not much talked about, but here are the facts:

The USDA’s latest figures show that Americans are continuing to turn away from meat. Meat consumption reached a high of 201.5 pounds per capita in 2004 but has dropped steadily since then, reaching 181.5 pounds in 2012, the latest year for which figures are available. The last time meat intake was at this level was 1983. These figures show that the average American is consuming 20 pounds less meat each year, compared to a decade ago.

For your health, just avoid it, and go for real vegetables and fruit and locally grown produce.

Top image from Tarzan, a popular magazine in Japan, splashing the 350 g of veggies we all ought to eat daily on its August 2014 front cover. I'd say, eat more. But, good cover (I grow just about all those veggies, and more).

Tom O said…
Martin, to add, as Bun-chan was keen to point out, MacD's stores are full of fat corpuscles to breath in.

Martin J Frid said…
Thanks for the comment! Speaking of izakaya, edamame is basically soybeans, too.
5:27 pm, August 02, 2014

Pandabonium said…
Tofu nuggets? Agedashi tofu? Well, either way you get a lot of oil which is pretty much empty calories. Worse yet, oil heated to high temperature releases volatile aldehydes - carcinogenic toxins which are so bad that people who live in close proximity to restaurants that deep fry food are twice as likely to develop cancers than those who do not! (Dr. Greger, Nutritionfacts.org)

Replacing chicken bones and sinew (most of a "chicken" mcnugget is not chicken meat) with tofu (a truly healthful product) is like putting lipstick on a pig. Just stay away from fast food restaurants, period.

And yes, what kind of franken-veggie is used to make that oil? And then there are the "fillers" and preservatives and flavor enhancers, etc. etc.

As Tom O implies, don't even breathe near a fast food restaurant!

Lastly, we should deny these kinds of corporations our money. Let them close and find jobs providing REAL food.
6:52 pm, August 03, 2014