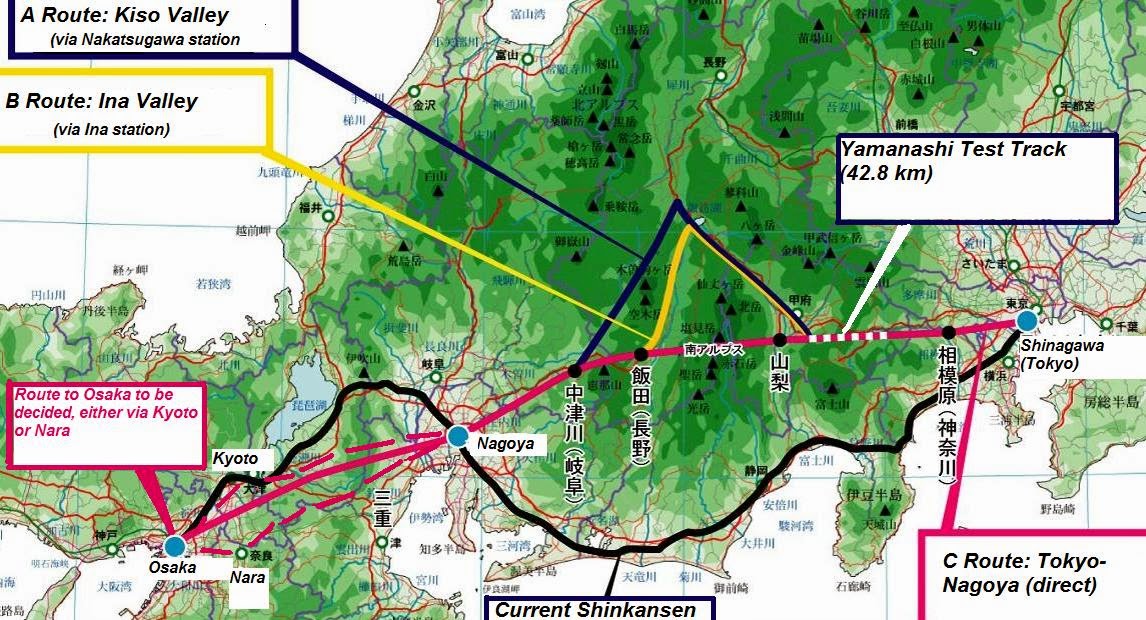 The good people trying to stop the Maglev train line between Shinagawa and Nagoya are holding several large meetings this fall, starting on August 30 at Wako University in Tsurukawa (Odakyu Line).

The theme is to learn from the network that protested against environmental destruction near Mt. Takao in Tokyo, and the experiences from the lawsuit against the Ken-O Highway construction.

On September 13 a symposium will be held in Yamanashi, and on October 13 in Tokyo (with long-term Japan resident Arthur Binard, activist and poet from the US).

The Linear Citizens NET is a group with branches in all the affected prefectures (J).They are concerned about the environmental destruction, the threat to water resources, and other pollution concerns (such as the huge amounts of trucks that will be needed to remove gravel during the tunnel construction). Also, there is much doubt that there will be any financial gains at all for the people affected. Construction is expected to continue well into 2045 (or so) if the line is to be extended to Osaka, as planned. Nara and Kyoto are competing about which of the two cities should get a station.

Pandabonium said…
I thought electronic conferencing was supposed to solve the travel speed issue. Why is ever more speed needed? I enjoy travel on the Shinkansen lines. They are plenty fast. Maybe a little too fast for true comfort.

So we need to ask: who would benefit from Maglev speeds? How much is lost and to whom in constructing them? Where will the economy be when they are completed? Are we willing to continue trading our precious land, environment, health, and people, for the benefit of a few in order to prop up a failed economic paradigm? Will this be another excuse for continued use of nuclear power?

It is not just the speed of the Shinkansen trains, but their ability to reliably deliver huge numbers of passengers safely to their destination which makes them the envy of the world. France, Germany, and China have faster trains. But the numbers of people, the frequency of trains, the safety level, are of Japan's present system are unsurpassed. Do we really NEED Maglev speeds?

The economy will contract anyway as is the population is doing now. Time to shift to a more sustainable model, not time to waste money, precious land, unique environments, and people's lifestyles on an unnecessary pursuit (pun intended) of unneeded speed.

Speed is great, then fly. Why make a train that is still going to be slower than the available air carriers, and more expensive than the current Shinkansen? It is not for you and me. Unnecessary pursuit, indeed.

The biggest fools are in Nara and Kyoto, if they think more tourists are going to take this "White Elephant" to visit their already much-too-crowded sites.