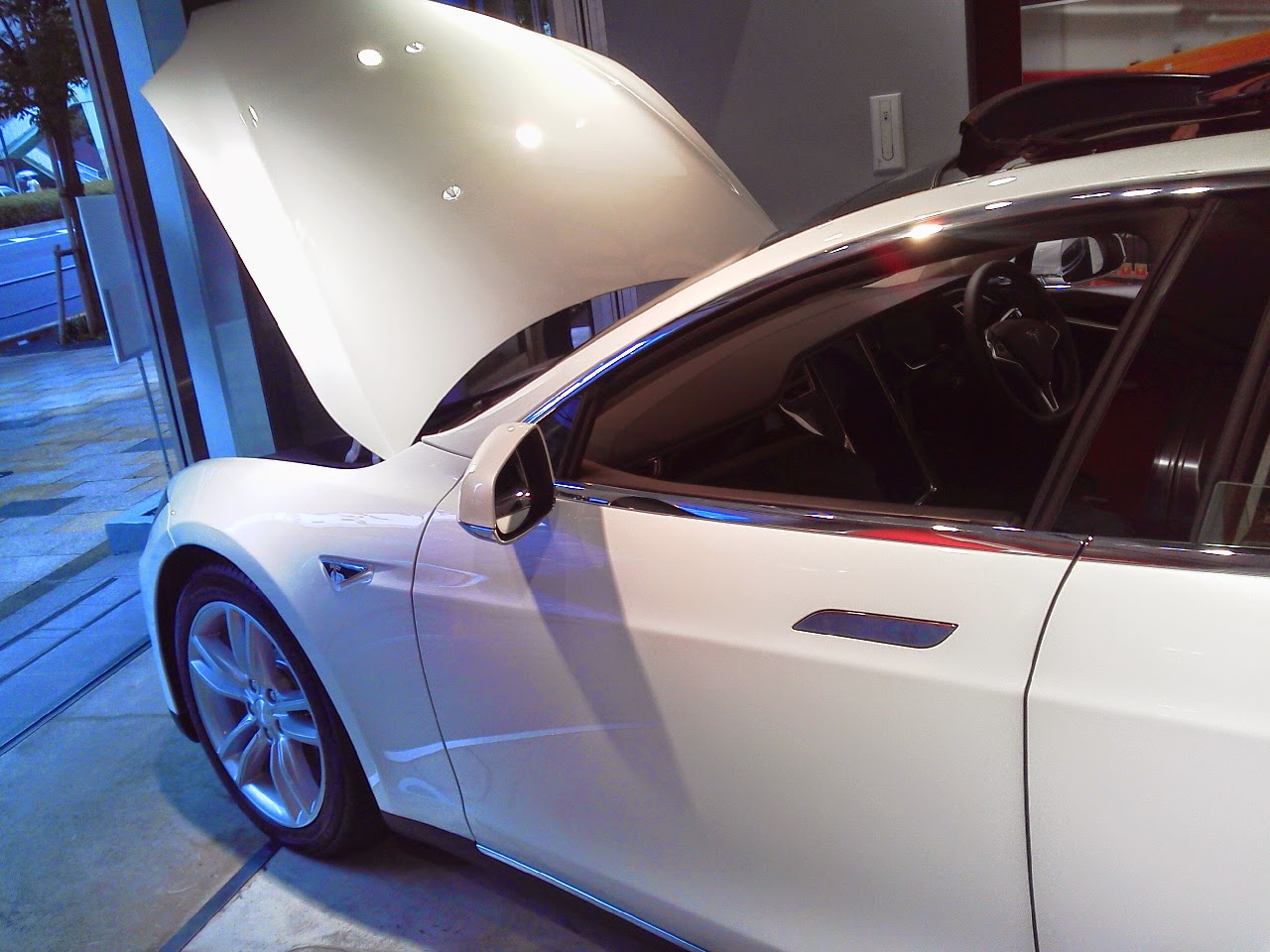 And now for something completely different... I did my democratic duty over at the Swedish Embassy in Roppongi, and voted in the Swedish elections.

Then walked back towards Shibuya since the weather was ok, just a light drizzle, but after the heat we had (global warming/climate change/weird weather, anyone?) it is so nice to be able to spend some quality time outdoors again.

Then in Aoyama, I noticed a camera crew, and a small showroom, and a car. 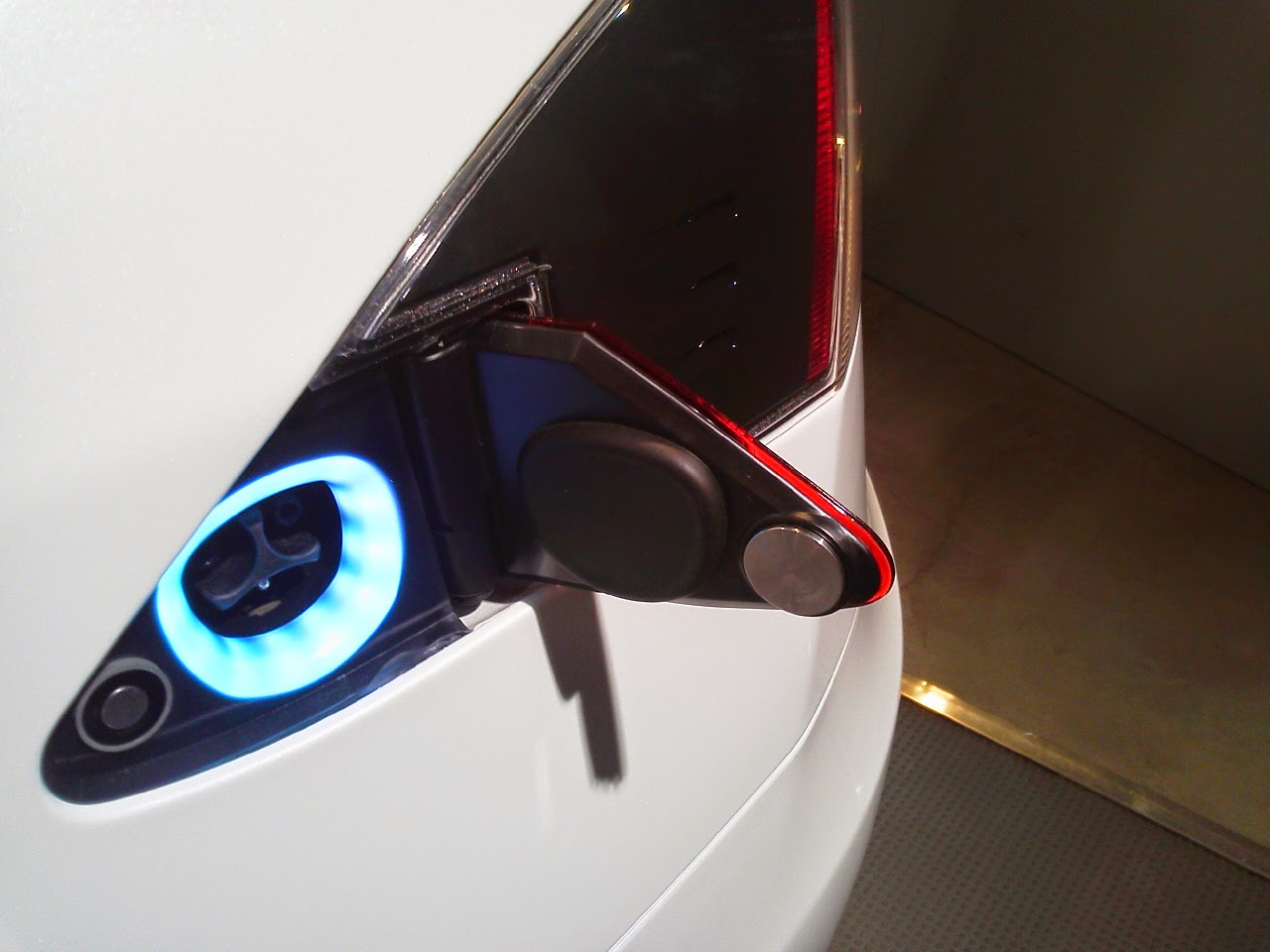 The all-electric Tesla is in Tokyo, and events will start to take off from September 4. I think I may have been one of very few in Japan who got to sit in a Tesla, today!

Took some photos too. Yu Yamasaki, product specialist at Tesla, was more than helpful.

I don't own a car and don't intend to, and yet, if you really need mobility of this kind, the Tesla could very well be a good option. Rather this than some awful SUV. I don't think there is much of a future in private car ownership, but hey, I've been saying that for a long time.

I also think we must invest now and aim for better public transportation for all, and more car sharing, and less reliance on gasoline/diesel. 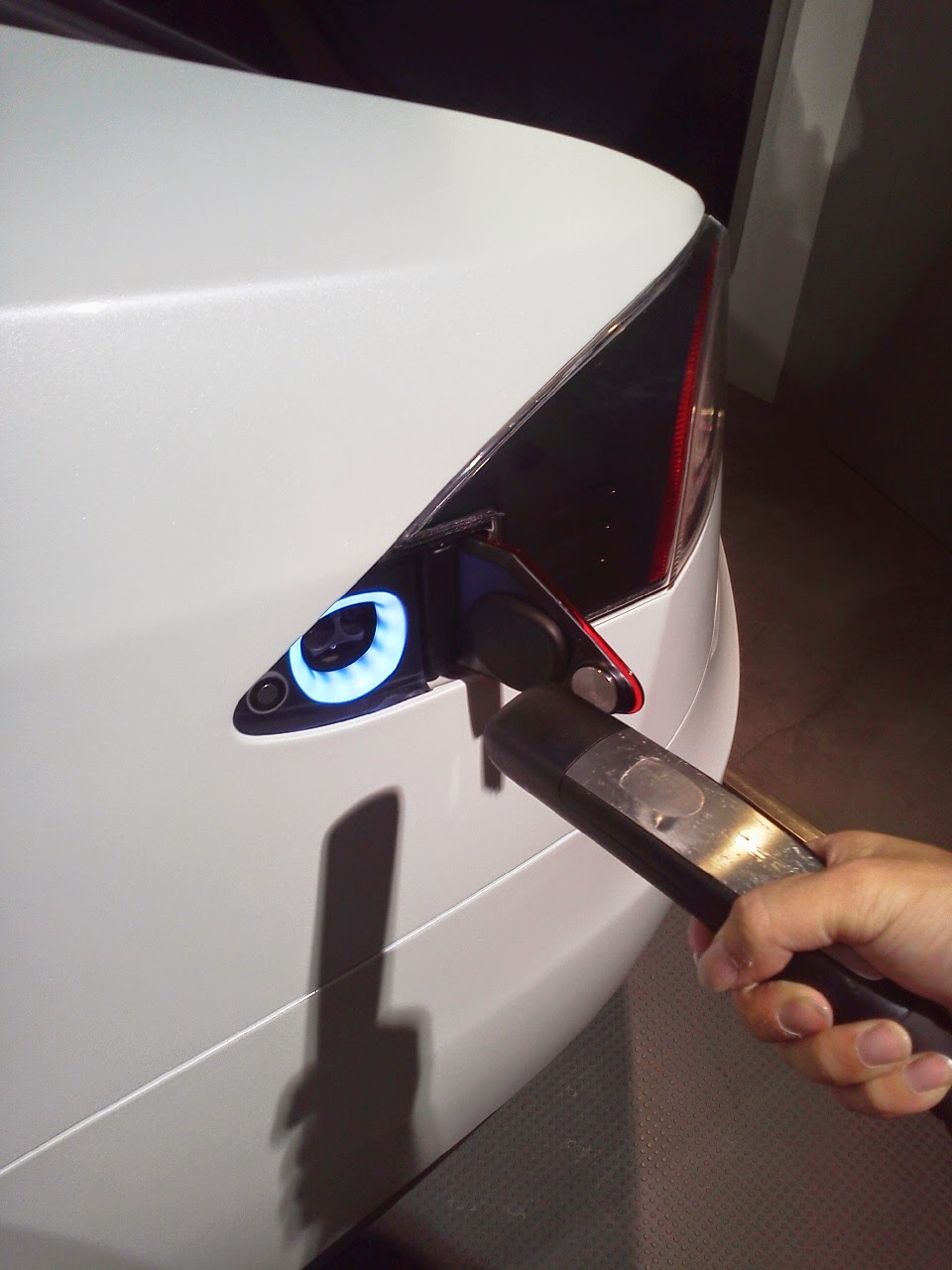 And, mark my words, I don't think any car, even an all-electric one, should be called Eco. These are still huge chunks of steel and heavy metals and plastics and acids (for the batteries) and not good for the environment as such.

Yes, great that they don't have an internal combustion engine and no gasoline tank, but for the planet, this is not the solution.

The Tesla is cool though because it is slightly larger than the Toyota Prius or the Honda Insight. Of course there are also other Japanese hybrid models, like the Lexus, but the real contender in this market is Nissan's Leaf. I see more and more charging stations too around Japan, so that should not be a problem. I'm 180 cm tall and the Tesla S was not uncomfortable.

The Tesla that they have finally come up with could become a hit in Japan, because it has right hand steering, or 右ハンド。 You read that right. What Detroit would never do for Japan for the past 70 years, Tesla has understood is a major factor.

It could also work well in the UK, as this video shows:

TenThousandThings said…
Just took a look at the local Tesla dealer's website. They advertise zero emissions, but electricity here is produced from burning coal which is extracted by destroying entire mountaintops in a fragile ecoregion that has been devastated by mountaintop removal.

In Japan, electricity is produced from LNG from fracking and coal, & may be produced at nuclear plants again.Before the multiple meltdowns, 62 % of Japan's electricity was generated from fossil fuels, and 33% from nuclear plantss. LNG & coal supplied 90 %o f Japan’s electricity in 2012. That means an electric car in Japan runs on fracked LNG & coal.

You are right, there's no way to drive a car in an ecologically sound way & that we have to radically alter our high-energy consumption lifestyles.
10:41 pm, August 29, 2014

Martin J Frid said…
Thanks TTT, excellent points about how electricity is as polluting as fossil fuels, unless it comes from solar or hydro (but even that of course have huge environmental impact).

We have to radically alter how we live and work. I use a computer for work, of course I'm on the grid, so we all have some kind of impact. But the real question is if these kinds of inventions can make a real impact or not. And maybe they can help change the way people think about cars?
10:52 pm, August 29, 2014

Tom O said…
Presume the name inspired by this song by OMD from 1984 (30 years ago, gulp!). Never seen this video before, and pretty glad too, a tad hammy/naff!