Japanese lobbying in the EU 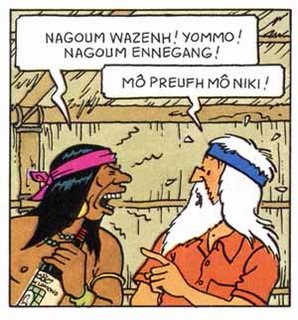 With 80 pct of laws passed in member countries originating in Brussels, it is little wonder that more and more private corporations and organizations are trying to reach decision-makers in Europe's capital. Japanese companies, however, are "not visible" in Brussels, says Franz Waldenberger, adviser to EUTOP Group GmbH, a Munich-based company that specializes in representing the interests of private companies and organizations.

I have worked in Brussels so I know how difficult lobbying can be. As the Mainichi describes it, Japan, the world's number two economy, is very low key - or simply not trying:

American companies are much more present in Brussels than Japanese companies. U.S. firms, for example, have been conspicuous in their lobbying against the EU''s proposed new chemicals policy, dubbed REACH, designed to enforce stricter testing and labeling rules for chemicals.

Waldenberger points out that some major Japanese companies, such as Toyota Motor Corp. and NEC Corp., have representative offices in Brussels but they have yet to find their way into the corridors of power.

"In many areas, they are outsiders," Waldenberger says, citing as an example the fact that Japanese automakers are not members of the European Automobile Manufacturers Association (ACEA). "Japanese companies are not yet as positioned as they are in the United States."

The European Commission has a special website for EU-Japan relations. Japan's Ministry of Foreign Affairs also has a lot of official statements and declarations. This page is more interesting; it has details about Japan's relationship with each country in the World!