The people who shape our world: Ma Jun 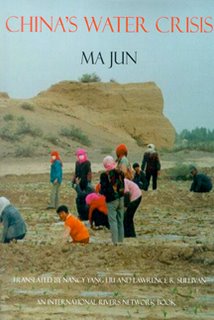 Time Magazine lists Chinese journalist and environmentalist Ma Jun as one of the 100 most influental people on Earth. While there are many other activists who should be on that list, it is good that Time pays attention to China. Ma Jun wrote his book China's Water Crisis in 1999, and actor Ed Norton writes for Time:

My father Ed Norton Sr., who helped found the Nature Conservancy's landmark collaboration with the People's Republic in Yunnan province, says that during its first industrial century, the U.S. had plenty of time to learn from its mistakes. "China doesn't have that kind of time," he says. "They are going to have to learn faster and leapfrog the problems we created in the West." 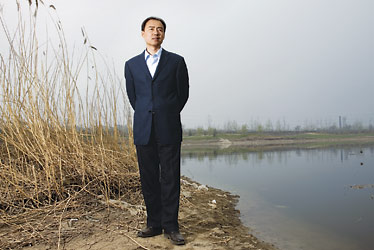 The greatest concern to Mr. Ma is the condition of China’s two major rivers, the Yellow and the Yangzi. The very existence of the Yellow River is threatened by massive reductions in water flow caused by a variety of man-made programs while chronic soil erosion resulting from defor-estation together with dam construction has led to a cycle of flood and drought in the Yangzi River basin. The same issues are reflected in China’s smaller rivers. Mr. Ma documents the persistent drought conditions in the southeast, the impact of pollutants on the Tibetan plateau, the defects in China’s large-scale reservoirs, steadily diminishing underground water tables, and the growing abuse of aquifers for urbanization and industrialization.

(Oh, by the way, South Korean singer Rain also made the Time 100 list, for reasons that have nothing to do with water at all!) 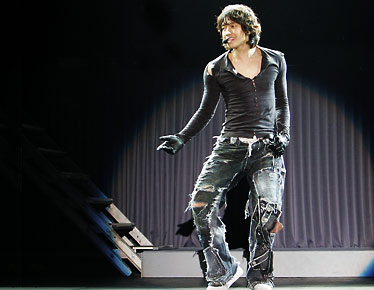