Satoyama In Nagoya? Not So Fast, Construction Companies

Nagoya is in the global spotlight as the city hosts the United Nations conference on biological diversity, starting on October 18, 2010 - in my opinion a much more important topic than how Toyota, with major factories in the city, will deal with its current crisis. We cannot afford to ignore biological diversity and genetic resources, and the ecosystems involving nature, plants, animals and humans are too complex to rebuild and once they are lost, what will we do about it?

Local mayor Kawamura Takashi is fighting an uphill battle for this precious piece of forest, and has staked his reputation on the battle.

Emergency Statement by activists who are trying to save Hirabara (English). 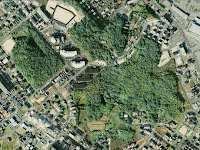 Excellent reporting by Eric Johnston at The Japan Times about the Hirabari Satoyama east of the city of Nagoya:

Despite a campaign that netted over 30,000 signatures, and the support of Academy Award-winning "anime" animation director Hayao Miyazaki to save the Hirabari tract from the bulldozers, the city and the owners failed to agree on a price that would have turned the land over to Nagoya for preservation.

Mayor Takashi Kawamura, who had campaigned to preserve the land as a symbol of the U.N. COP10 biodiversity conference this October and withheld permission while negotiations continued, reversed his stance in late December for reasons that are still unclear, and for which activists say they may pursue in court later this year.

But even after he granted approval, Kawamura warned that developing the site would embarrass Nagoya and Japan in the eyes of the world at COP10, which is expected draw 7,000 U.N. delegates, nongovernmental organizations and international media.

The embarrassment will be particularly acute because Tokyo is pushing the traditional woodland-rural landscape management — the Satoyama Initiative — as a model for global preservation of biological diversity.

"Can we allow Nagoya to be shamed by Hirabari's development? The Environment Ministry has stated that, at COP10, Japan will present the Satoyama Initiative. Yet we in Nagoya are going to exploit Hirabari," Kawamura told reporters in mid-February.

"There is nothing more shameful than this, not only for Nagoya but also for Japan," he said. 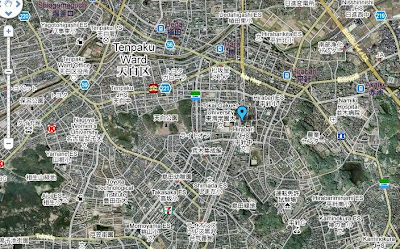 Amazing gallery of photos from Hirabari:

Tom O said…
You would think Nagoya would need all the greenery/nature/literal breathing space it can get - its not exactly renowned for it.

Patrick Jackson said…
I lived in Hirabari for 8 years and always enjoyed walking around this area. Unbelievable that the men in suits are considering destroying this local resource for short term gain.
6:16 pm, March 06, 2010

Martin J Frid said…
Thanks for the comments! Patrick, I'd imagine they could do better. Why not turn the area over to a foundation that can bring local school kids there for some rare outdoor environmental education? You make a good point too about the "short term gain" - that's the issue isn't it.
6:32 pm, March 06, 2010