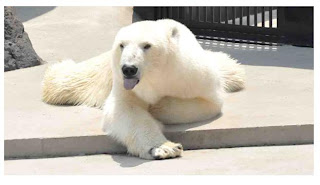 Here are a couple of links, in no particular order, for those of you who still read blogs, in the hot days of Twitter and Face (?) -book and whatnot.

Potentially very expensive Samsung vs. Apple patent lawsuit accidentally reveals that the original design of the iPhone or whatever you call them was influenced by - Sony (back when they where working with Swedish Ericsson).


The current iPhone design, it turns out, was in the works since 2006—and was so influenced by Sony that they even put its logo on the mockups. Court filings in the ongoing legal battle between Apple and Samsung reveal an early concept by Apple designer Shin Nishibori which closely resembles the current-gen iPhones, complete with the silver band.

The Verge has 754 comments on its article, so obviously this matters to some people...

What really matters? North Korea's News Service (KNS) in Tokyo calls South Korean president Lee "rat-like" and a stooge. When people comment on blogs using such language, the correct reply is "Did you forget to take your medications this morning...?" or just simply "Don't feed the troll!"

Still, I think it can sometimes be worth reading what our neighbours think, from time to time.

Speaking of South Korea, then, I recommend a blog curiously titled And with your help, I'll get that chicken, which provides interesting clues to torture chambers that the South Korean dictators (and their "stooges," one wonders?) employed on their own people back in the 1960s and 1970s:


Many well-known activists and dissidents were tortured and died here. This article from May interviews representative Lim Su-kyung about her experiences, along with providing a great deal of information on how these buildings were used and, typical in a country where modern history is something that nobody wants to discuss, the bid by many organizations to have the entire area turned into a memorial park to human rights.

Personally, if I could, I would build a Park Chung-hee Experience Zone (박정희체험관) to compliment the Park Chung-hee Memorial Hall that already exists next to the Seoul World Cup Stadium (here's a news article on the topic, with the headline quoting an old man who asks why the memorial is so small). The Experience Zone could use one of the buildings left behind by the two intelligence agencies, with exhibits on the first-floor and various torture apparatus to help re-create the era that so many older Koreans remember so fondly.

One of the most unfortunate things about Seoul is that, for a city that has been a capital for over 600 years and a city for 2,000 years, there is not much visible history.

Having said, and quoted, all of that, last year I visited the new-and-recently-enlarged museum in Seoul at the Seodaemun Prison Museum, and was surprised at how bad things were back in the 1930s and early 1940s. We all have a lot to learn.


The museum is dedicated to recording Japanese torture and cruelty towards the “patriotic ancestors” of the independence movement. The prison in question, built by the Japanese just prior to annexation, continued to be used well into the postwar period, but it is now overwhelmingly used as a symbol of colonial atrocities and you will find no mention of its postwar legacy.

Which brings me to a more recent event, namely the shameful way the Korean president Lee has decided to bulldoze over a large part of his own country, in what is called the "multi-purpose green growth project" or the Four Major Rivers Project. At first sight, nice write-up there on Wikipedia, but do check out the Talk page of that Wikipedia article. It throws some light on how controversial the project really has been (while none of us, as far as I can tell, paid any attention).


I have tried to post constructive criticism and more information concerning this article but username Firekim has continuously deleted my posts to only post Korean government propaganda onto this article. As only a few hundred people have visited this site nearly every month I am not too concerned, but I would like to repeat that this article is NOT an accurate portrayal of the Korean 4 Major Rivers Maintenance Project and that the current article as posted by username Firekim is partial to constructionist principles promoted by the Korean government.

Then,  when I check the History page of a Wikipedia article, and notice that there are over 500 edits, I usually consider the entire article unreliable. 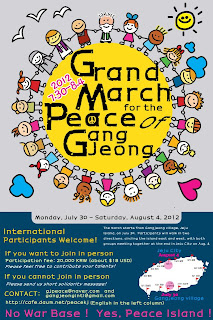 I then move on to Ten Thousand Things, a blog that is just the best of the best, 5 stars in my book, if I ever make a guidebook to Japan-related blogs (Kodansha, interested? No? Too bad!!) but if you want to really know what is happening in South Korea, that's the go-to blog these days. Links to TTT tags like Save Jeju Island or Korean Peninsula will take you deep into territory you probably did not know existed here in Far East Asia. Another tag I like is Love which is what it is all about, isn't it? That's the way to blog, ladies and gentlemen of the jury.

And may I just quote in full:

A short reflection on the Anniversary of the Korean Armistice agreement as the campaign prepares to launch its Gangjeong Grand March for Peace!

'The real and lasting victories are those of peace, and not of war.' - Buddha.

Today 27th July marks the 59th Anniversary of the Korean War Armistice Agreement which stopped the fighting in 1953, and has yet to be replaced by a permanent settlement! The lack of a permanent settlement is a fundamental source of insecurity for both Koreas (the unresolved state of war) and the construction of a naval base on Jeju island and the increasing military build up in the region only intensifies a state of heightened insecurity for the people of Gangjeong, the people of the island of Jeju and the whole country!

The construction of the naval base is having a devastating effect on the local community with huge consequences for future peace and stability for the people of Jeju and the entire region! The environmental consequences which have been well documented and are sadly becoming clearly evident are unfortunately lost on or conveniently ignored by the International Union of the Conservation of Nature (IUCN) the organizers of the World Conservation Congress (WCC) whose conference this year will be ironically held only 7 km's away from the destruction site! One of the main sponsors of the conference is Samsung which happens to be the lead construction company involved in the 'destruction'! The construction of the naval base and the present land grab being conducted by the navy to provide future accommodation for its personnel and is clearly part of an overall US military strategy of encircling and containment of China and it's growing economic power!

Beginning on Monday July 30 there will be a 'grand march for peace' in Jeju where up to 10,000 people will walk in solidarity with the villagers and peace activists who have struggled against the Navy's plans to build this base for the last 5 years! Today on the anniversary of the Armistice the Campaign to stop the base will have the Official Seoul launch of the grand march by hosting an event here in Jongkak, Seoul!

TTT notes: Please keep the participants of the 'grand march for peace' in your thoughts and prayers next week! After all 'the real and lasting victories are those of peace and not of war'.
See the original publication (and more) at the Gangjeong Village cafe website.

I note with real sadness that this statement refers to international NGOs like the International Union of the Conservation of Nature (IUCN) that I recently encountered in Bucharest during the Ramsar Convention conference. Indeed, these international NGOs are doing more harm than good, and ought to be much more carefully audited and held accountable for their actions...

What is really bothering me is that the IUCN is going to hold its next meeting in South Korea, in September 2012 in Jeju Island. And things are not what they seem to be. Coca Cola, Samsung, and a lot of others are sponsoring this event. To "conserve the environment"? You have got to be kidding, big time. What kind of world are they trying to preserve? This is not the bloody Olympics, after all!

As IUCN prepares for their meeting, they


deleted all about 20 comments from the world who criticized about the IUCN’s passive attitude on the Korean environmental issues including the Jeju naval base project, four river project and nuclear power development etc.

Update: Check out their detailed information about being sucked up by sponsors  - you can find it on the Peacekj website from July 21, 2012.

It was discovered in the morning of July 21 (Korean time). We need your protests.

We could see those comments last night and we wonder whether the IUCN is afraid of what. Is it because one of the big financial sponsors for the 2012 WCC Jeju is the Samsung Electronics? Please send the IUCN leadership protest messages.


Yes, it is getting too darn hot, and here is a music video that I used to really like, a long time ago. Ella Fitzgerald, tune by Cole Porter:

TenThousandThings said…
Thank you so much, Martin. Shared with the Jeju Islanders who are in the middle of their Peace Pilgrimage. They truly make alive the beatitude: "Blessed are the Peacemakers." You, too...
9:49 pm, August 01, 2012