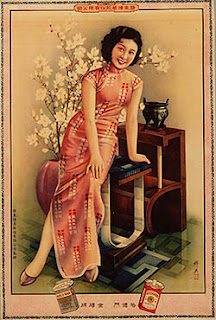 
“The tsunami debris is something of a time capsule,” said Ken Campbell, a professional kayaker who, with two fellow guides, has toured Washington islands looking for lost items.
Many see the debris field as a watery Pompeii, eloquent but impermanent, soon to be wiped clean by the force of waves and gravity...

From September 6-15, some 10,000 environmentalists will converge on Jeju Island to attend the World Conservation Congress (WCC) organized by the oldest environmental organization, the International Union of the Conservation of Nature (IUCN). The IUCN’s slogan is that it promotes “a just world that values and conserves nature.” If recent actions are any indication, nothing could be further from the truth.

The WCC will take place only a few minutes away from Gangjeong where the construction of a naval base is threatening one of the planet’s most spectacular soft coral forests and other coastal treasures, assaulting numerous endangered species and destroying a 400-year old sustainable community of local farmers and fishers. Unfortunately, the IUCN leadership has ignored or whitewashed the naval base...
GMO-free Europe Conference 2012
Brussels, 4th - 5th of September 2012
We are happy to announce our 7th GMO-free regions conference which will be held on the 4th and 5th of September in Brussels. For the 7th time since 2005, civil society from across Europe is coming together to meet with politicians, representatives of the EU institutions, scientists and business to discuss GMO-free food and agriculture in Europe. Information and experiences from different regions of Europe (and beyond) will be shared, and controversial policy and science issues debated. We will also celebrate the successes of the GMO-Free movement in EU Member States, as well as in the USA and Asia.
Among the central topics of this year’s GMO Free Europe will be the pending EU legislation to allow national bans and regional self-determination on GMO cultivation; 10 years of GMO risk assessment by the European Food Safety Authority (EFSA), its scientific concept and credibility; different concepts of ‘zero tolerance’ for GMOs in food, feed and seed; the global health and environmental impact of Roundup ready and new herbicide resistance systems...

In this final installment of Liu’s book, we see Shanghai at the peak of its prewar exuberance and decadence. Skyscraper architecture, every style from the West, widespread strikes—it is a time when Shanghai became both “modern” and “mass.” We follow the writers Yokomitsu Riichi, Yoshiyuki Eisuke, and others to Shanghai and back, and we learn about the many movies made in 1930s and 1940s Shanghai. We conclude with a reflective epilogue on Shanghai’s place in modern China’s and modern Japan’s cultural life, as well as self-reflective thoughts of the author on what Shanghai meant to him as a youngster growing up in Shenyang...