February 26, 2013
Time to lighten up a little. It is cold and tomorrow, it may rain. Hope you are all enjoying the last days of winter, hopefully with some nice food. I thought I'd share a couple of fun food labels (vocational habit) that I collected. Here is my list of top five hilarious misleading Japanese foods (drum roll): 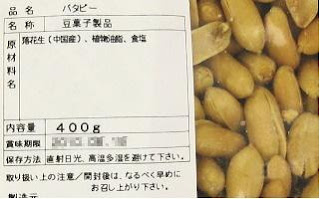 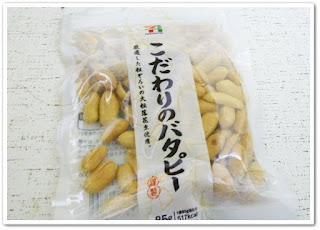 Peanuts from rural China, add some salt and - hydrogenated oils. That could be anything, but not butter. My guess is cotton seed oil, mixed with genetically modified corn oil, maybe some soybean oil. But the point is, when they make hydrogenated food oils, that is a factory you don't want to go near. All kinds of chemicals and heavy metals are used to process those molecules. No butter. Zilch. PS, Seven-Eleven should not use the term "kodawari" for such a bland product. こだわり is not something I associate with cheap peanuts. "Seeking perfection" or obsession... 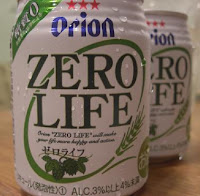 So clever, yet so wrong. Plus it tastes so bad. Orion gets a special mention for not having anyone around in the office who may have suggested that, no "Zero Life" was not such a great idea. Not beer. What really annoys me is that many of the advertisements are signed off by the company proper, using the full name, such as "Kirin Beer Co. Ltd" even though the product is not a beer. 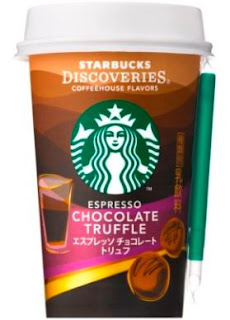 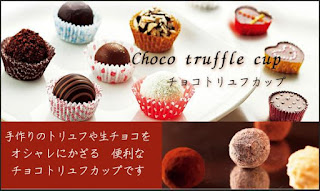 Did you get this for Valentine's Day? Lucky you. But trust me, there was no truffle near this chocolate. Truffles is a special mushroom, very expensive, and highly regarded by top chefs in France. Bad choice of a label for a rather delicious product, that Japan does fairly nicely. Incidentally, I'm surprised Starbucks did not know better. But then again, anything goes, when you are a multinational corporation, with more lawyers than sense. 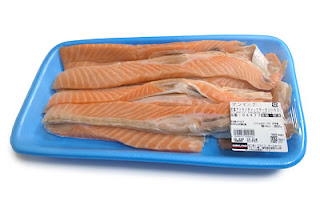 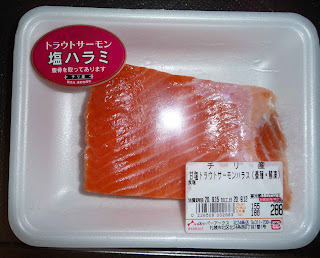 This is a fish that has been severely over-fished, to extinction, and then they found ways to produce them in aquafarms, with all kinds of environmental problems. Lots of antibiotics in the feed... ahem. I was not going to mention that, but rather the fact that most salmon you get is actually trout. Mislabels, mistakes, oh my, mystery fish? Avoid. 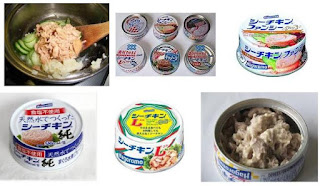 My personal favourite, and it goes way back, probably a 100 years or so, not only in this country. This is tuna in a can, and they for some reason thought it would sell better if it was called sea chicken. Tired of drum rolls? Do enjoy this special Star Wars commercial that aired in Japan back in the late 1970s, paid for by Hagoromo, a company that is still fighting the Dark Side, with all kinds of calorie-reduced cans, for your special Light Saber parties. Aren't you glad you read Kurashi.

blukats said…
You are right, nobody is perfect.

I guess in the US trout being sold as salmon isn't a problem as you claim. Recent studies by major groups examined what was being served in restaurants and markets. I do not know if it's a problem outside of the US. http://oceana.org/sites/default/files/National_Seafood_Fraud_Testing_Results_Highlights_FINAL.pdf

Also there are major conservation efforts so it's not on the verge of extinction and there is wild salmon available. In fact in Alaska stocks are abundant. It's not as dire as you make it sound.

I am not saying that there isn't a problem with other types of incorrect fish being sold and that farmed salmon may not be passed off as wild. I am pointing out that trout is not likely to be sold as salmon here in the US. If one knows there is Steelhead trout and Steelhead salmon and can see the differences in the flesh that also cuts down on getting the wrong fish. Same thing between farmed and wild salmon.

Anonymous said…
Truffle is a perfectly acceptable name for Chocolate related product. It may have the taste of Chocolate Truffle (haven't tried it), now it's certainly not close from the real chocolate truffle. But that said, there are plenty of chocolate truffles out there, which are just crap.

steveb said…
Martin, Thanks for the facts about "butter" peanuts and salmon being fed chemical cocktails. Are items like these in your book?
9:27 am, February 27, 2013

Martin J Frid said…
Thanks for the comments. I once had the unique chance to try wild salmon from the rivers of Oregon, it was totally different from the fatty salmon usually on sale. As for truffle, the judge is out, le juge est hors...

Steve, no, my food guidebook is all about foods that I can positively recommend, so the 555 different products would have to contain very little hydrogenated oils!
11:32 pm, February 27, 2013