Meat Trade, Not So Easy To Know What You Are Eating/Paying For 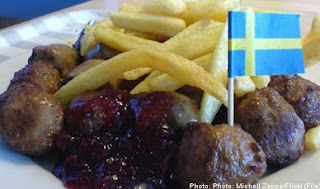 I had not planned to blog about this huge scandal with horse meat found in hamburgers and all kinds of frozen foods, but now it hit Swedish company Ikea as well. Their famous meatballs are sold all around the world, but they also were found to contain horse meat. It is illegal of course to include horse meat in products that should be beef from cattle, or pork from pigs. Also, it is unclear if horses treated with illegal chemicals have been used. It is a nasty mess.

I'm a vegetarian *) and it is quite easy to avoid beef or pork in Japan. Horse meat, properly labelled, is considered a delicacy in Japan. Minced meat products however are difficult to make sense of - after this latest scandal, who would want to eat such stuff? There is a lot less meat eating here than in Europe or in North America. I hope Ikea in Japan didn't sell those meatballs. Sigh. 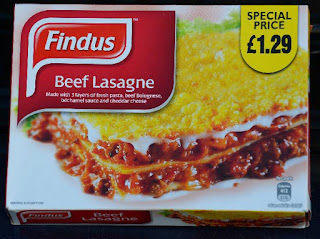 Findus, another Swedish company, formerly part of the multinational Nestle group (or EQT or some other private equity firm or holding company like Lion Capital LLP), has also been implicated. Their frozen "Beef Lasagne" turned out to contain - mystery meat.

If you remember the food safety scandals we had here in Japan a few years ago, you understand what European consumers are now going through. And in the United States, you had the pink slime scandal.

In March 2012, ABC News ran a series of news reports about the product, including claims that approximately 70 percent of ground beef sold in U.S. supermarkets contained the additive at that time. The reports generated significant controversy and led to increased consumer concerns. Due to the controversy some companies and organizations discontinued the provision of ground beef with the additive, while others continued to provide beef with the filler. The U.S. manufacturer Beef Products Inc. has argued that the claims made in the reports were false and launched a lawsuit against ABC.

Your frozen, mass-produced mystery-meat food comes from factories owned by people who care not much about your health, or the state of the planet. Reduce your meat consumption to help deal with climate change. We can all do a little, and it matters a lot.

No, this is no secret, even Forbes noted it last year:

Shifting the world’s reliance on fossil fuels to renewable energy sources is important, certainly. But the world’s best chance for achieving timely, disaster-averting climate change may actually be eating less meat, according to a recent report in World Watch Magazine. (While I’d happily nudge the world toward a vegetarian diet, the report authors are more measured and simply suggest diets containing less meat.)

“The entire goal of today’s international climate objectives can be achieved by replacing just one-fourth of today’s least eco-friendly food products with better alternatives,” co-author Robert Goodland, a former World Bank Group environmental advisor wrote in an April 18 blog post on the report. A widely cited 2006 report estimated that 18% of worldwide greenhouse gas emissions were attributable to cattle, buffalo, sheep, goats, camels, pigs and poultry. However, analysis performed by Goodland, with co-writer Jeff Anhang, an environmental specialist at the World Bank Group’s International Finance Corporation, found that figure to now more accurately be 51%. Consequently, state the pair, replacing livestock products with meat alternatives would “have far more rapid effects on greenhouse gas emissions and their atmospheric concentrations — and thus on the rate the climate is warming — than actions to replace fossil fuels with renewable energy.”

But, if that didn't catch your attention, how about this latest news - you don't even know what you are paying for, when you think you are getting a hamburger, or a serving of meatballs?

Britain said earlier in the week that the Findus lasagna and two meals sold by supermarket chain Aldi contained up to 100 percent horse meat, and that products containing horse have subsequently been found in France and Sweden. The consumption of horse meat is particularly taboo in Britain, whose environment minister, Owen Paterson, on Saturday took the reins of a crisis meeting of retailers and officials amid growing public concern. “This is a conspiracy against the public. Selling a product as beef and including a lot of horse in it is fraud,” Paterson said afterward. British authorities have said they are testing to see whether the horse meat contains a veterinary drug that can be dangerous to humans. They have also refused to rule out the possibility that horse meat could be found in school meals.

*) I was fortunate enough that by the time I turned 13 or so, my school, Rosengårdsskolan in Malmö, introduced a daily vegetarian school lunch alternative. I wonder if kids in Japan have the same opportunity? If you are a parent, or a student who would rather not eat meat, I'd be very interested to hear from you.