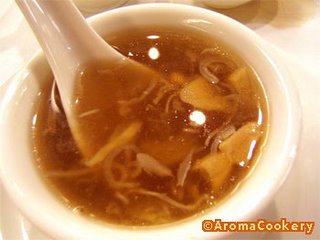 The Seychelles Fishing Authority (SFA) has banned the cutting off of sharks' fins by foreign fishermen to curb a flourishing global trade that is threatening the survival of the sea predator and marine ecosystems, according to Reuters:

The United Nations estimates that 100 million sharks are killed every year world-wide, mostly for their fins which are a delicacy in East Asia where a bowl of shark fin soup can command high prices.

"Shark finning is the wasteful and cruel practice of slicing off the highly valuable fins, often from living sharks, and dumping the rest of the creatures back into the sea to face a slow and certain death," SFA said in a statement.

Science News has more details about the problem, noting that throughout the seas, sharks fill an important ecological niche. As top predators, they keep in balance the numbers of animals lower on the food chain. Yet populations of the seemingly fierce sharks are remarkably fragile.

In June, 2005, Hong Kong Disneyland decided to not serve shark fin soup. They said: "After careful consideration, and a thorough review process, we were not able to identify an environmentally sustainable fishing source, leaving us no alternative except to remove sharks' fin soup from our wedding banquet menu."

Says Brian Darvell, former chairman of the Hong Kong Conservation Society, "Disney has done the right thing, and a lot of people are now happy." Read more about sharks here.