Xinchang mother: "Give back the land, I want descendants!" 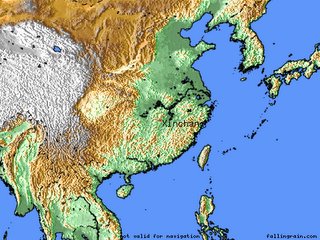 XINCHANG - Mrs Song never had much interest in politics but when factory pollution began poisoning well water and killing crops, the young mother got angry.


After an industrial park housing several chemical plants went up on the outskirts of her town in China's wealthy, coastal province of Zhejiang the water became undrinkable.

Then crops began producing vegetables that were unfit to eat. Residents say rates of cancer sky-rocketed and Song says her 5-year-old son is prone to frequent lung infections.

"We're just regular people and don't understand other issues. But this affected us personally, our lives," said Song.

She asked that her real name not be used for fear of trouble with authorities, and spoke with a group of other residents in a nearby town to avoid the attention of local officials.

After authorities had turned a deaf ear to years of petitions to stop the chemical factories, residents of Huashui took action, blockading the road to the factory complex to halt production.

When two elderly women were killed as police struggled to disperse the crowd, the blockade turned into a riot involving up to 30,000 people and requiring thousands of police to quell it.

I had no idea where Xinchang was, but quickly found it using Google. The stories appearing from the Chinese heartland are truly worth taking note of. Environmental disasters that affect millions of people should not be ignored in a globalized World. orz...