Hemp in Japan: OK As Rope, Not As Dope 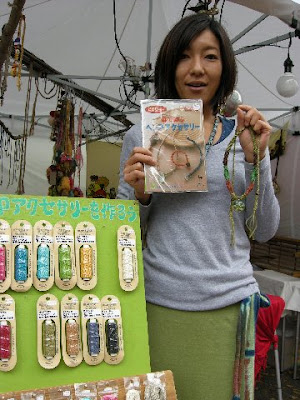 For thousands of years, farmers in Japan grew hemp. But in 1948, US authorities decided to make it illegal. Some say chemical companies like DuPont wanted to control the synthetic fiber market: I would not be surprised. Hemp is going through a revival with lots of young people promoting this environmentally friendly crop.

Over at Treehugger, I take a look at hemp, noting that legal farming in Tochigi and Gunma Prefecture is thriving.

Hemp ropes can be seen at hundreds of thousands of places of worship, called kamidama. They are usually decorated with white paper. I like the way people in Japan used local, sustainable resources like hemp, rice, mulberry (for paper) and seasonal fruits and vegetables. The Japan Times says Hidetaro Funayama, 58, represents a group involved in a city development project aimed at growing hemp for the production of construction materials and washi paper:

The Tochigi Prefectural Government has developed its own variety of hemp for cultivation called "Tochigi shiro," which is used to produce ropes for use in Shinto rituals, among other uses.
Organic sustainability

Pandabonium said…
What nonsensical laws. Hemp is a wonderful plant with many uses. The form that people smoke should also be legal. Politics. Sigh.
10:33 pm, February 22, 2009

Robert Brady said…
I buy hemp clothes whenever I get the chance; can't be beat for comfort and durability, which are real nice highs if you think about it...
10:28 pm, February 23, 2009