Longest om-rice in the world 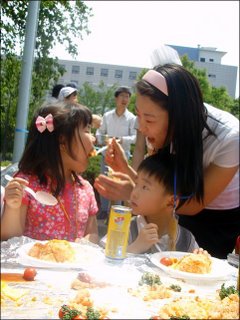 Lots of Korean news today, as Megumi Yokota's father went to Seoul to meet the mother of the South Korean man who also was kidnapped by North Korean in the late 1970s. His message was recorded and will be aired into North Korea over Freedom North Korea Broadcast for three days starting Thursday, according to Asahi. 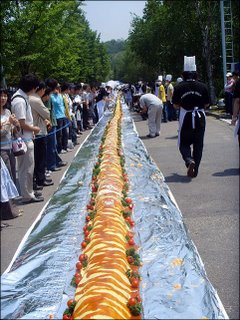 But today's really big story today has got to be: Seoul University students made the longest "om-rice" in the world!

That's right, dear readers. While the rest of the world worries about nuclear weapons and human rights issues, Seoul students make an all-out effort to get into the Guinness Book of Record! The dish is delishious and simple, consisting of rice, and - you guessed it - omelette.