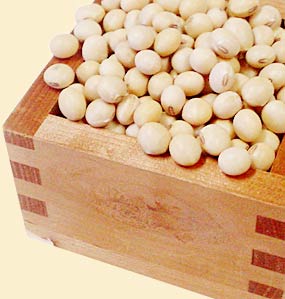 NHK Special: The Soybean War, a documentary showing the massive devastation on rainforests in the Amazon, was shown here recently. It outlines the deforestation of the Amazon that covers 12 times the area of Tokyo, just in one year, due to soybean farming.

Japan imports 96-97% of all its soybeans. NHK also pointed out that with changing food habits in China, the global prices of soy have reached a record high. Last year, China imported 40% of the global soy harvest.

Genetically engineered soy are used in Japan for animal feed and food oils, but due to consumer resistance, almost all tofu, natto and miso are GMO-free. I do hope the farmers in Brazil will keep their soy GMO-free as this is what consumers prefer.

On May 20, activists targeted the US multinational corporation, Cargill, in the northern Brazilian river port of Santarém. Cargill is the only corporation that buys the local soybeans. Cargill acknowledges that most of the land used by its suppliers is unregistered and thus illegal, according to Kyodo.

It is not only the Amazon that is being affected by soybean farms. What the NHK program failed to mention was that since 1980, the governments of Japan and Brazil put in place the Japanese-Brazilian Cooperation Program for the Development of the Cerrados, the regional name given to the Brazilian ecosystem which is similar to savannas. The cooperation lasted for 21 years, during which time the Japanese financed the expansion of farming operations, the development of non-GMO soybean varieties and pest management systems. SOS Cerrados is a photo blog by Carlos Terrano, with amazing images from this beautiful part of the world.