Biodiversity: Japan Urged To Do More Before Nagoya UN Meeting 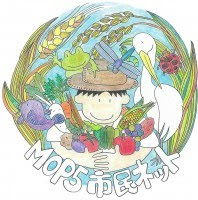 Last week was busy with several visitors from international NGOs who are urging Japan to make more efforts to prepare for the UN Conference in Nagoya in October, 2010 about biodiversity.

Consumers Union of Japan and other NGOs were able to bring Christine von Weizsäcker of Ecoropa, co-founder of Diverse Women for Biodiversity, and the CBD Alliance to Japan. She visited Nagoya and Tokyo to discuss the Convention on Biodiversity which she has followed closely since its early stages; thus she knows in detail how this terrific global treaty was created.

In Tokyo, she made a presentation for some 25 newly elected members of the Japanese Parliament and 200 other guests, before meeting with Aseed, a local NGO. The next evening she was suddenly invited to talk directly with the new Minister of the Environment. Christine is especially concerned with the issue of liability and redress - what will happen if farmers find that genetically modified crops have contaminated their fields? 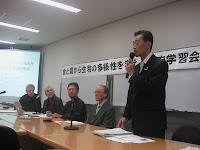 Clear rules are needed, and countries in Africa and Asia are demanding it, as they cannot afford to lose their biodiversity to monoculture farming with novel GMOs using patented traits that require applications of herbicides. Farmers who saved seed for generations also want benefits from sharing their knowledge. Japanese farmers and consumers are increasingly aware of the risks, and hope that the Nagoya meeting will finalize the treaty on these issues.

Christine von Weizsäcker comes from Germany and is affiliated the Federation of German Scientists (VDW). She has been a civil society observer of the preparatory negotiations of the Cartagena Protocol on Biosafety and the Convention on Biological Diversity. She tries to influence discussions and decisions in the conference rooms on: the international liability regime, the Access and Benefit-Sharing (ABS) regime, agrofuels/biofuel issues, a moratorium on genetically engineered trees, protected areas respecting the rights and livelihoods of local communities, agricultural biodiversity, and public participation.

I hope that the decisions at MOP and COP will indeed be good for cultural and biological diversity. Diversity needs justice - not to despair and to stay wide awake and fully focused in negotiations at 3 o'clock in the morning.

Christine has participated in Planet Diversity with Japanese activists including Amagasa Keisuke last year in Bonn, because she believes that success needs good work inside the conference rooms but also a lot of pressure from outside.

On October 30, NHK World interviewed Jeffrey McNeely, senior science advisor of IUCN, who was in Kobe for a meeting on related issues as Japan is preparing for the 2010 UN Meeting. 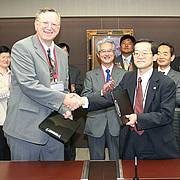 "Different industry sectors on biodiversity will be introduced and discussion will be made on future challenges on business and biodiversity." You get the picture. Even Nippon Keidanren Committee on Nature Conservation was taking part, as this was a very official event... Japan's new initiative, called Satoyama, was discussed as Japan tries to work with other countries in Asia and elsewhere:

To look at landscapes that are like Satoyama, which are very important agricultural landscapes. They have a lot of diversity of crops, they have trees, they have medicinal plants. They grow rice where the water is clean. They are very interesting agricultural systems that have evolved over hundreds of years. And these are the kinds of ecosystems that also need to be saved.