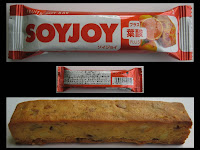 Are consumers ready for this? Japan imports and makes corn syrup (HFCS) which could be genetically modified. The rules for GM labelling were imposed a decade ago, but ignored the fact that many additives like lecitin or processed sugars can come from GM crops. No genetically modified crops are farmed commercially in Japan, but as noted previously here on Kurashi, avoiding GMO (genetically modified organisms) can be difficult. 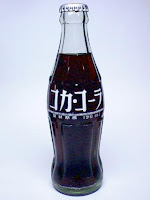 Coca Cola simply refuses to tell, while Otsuka, maker of Pocari Sweat and Soy Joy, claims they do not use GMO.

The rest frankly admit that they use GM corn for the High-fructose corn syrup (HFCS).

"Most HFCS manufacturers have begun switching to GM ingredients, so it has become impossible to secure a steady supply of HFCS that does not use such ingredients," explained Yakult. Meanwhile, Otsuka Pharmaceutical said they do not use GM ingredients, and Coca-Cola said they could not disclose information that was not required by law.

According to existing regulations, GM labeling is mandatory for such foods as tofu, natto (fermented soybeans) and snacks made from corn, but not for foods such as HFCS and soybean oil because the manipulated genes are broken down or eliminated during processing.

Center for Science in the Public Interest has noted that HFCS is not a “natural” ingredient due to the high level of processing and the use of at least one GMO enzyme required to produce it. In fact this complex process was invented by a Japanese researcher, Dr. Yoshiyuki Takasaki at the Agency of Industrial Science and Technology of Ministry of International Trade and Industry of Japan in 1974. He later worked for Hokkaido Sugar and at MITI.

HFCS (High-fructose corn syrup) is called 異性化糖（いせいかとう） iseika-to, but can also be found in mixtures called:

Unknown said…
not sure I trust large food corporations to tell me the truth about what's in their products after all, most o them belong to lobby groups or associations which are fighting our right to know what is in our food.