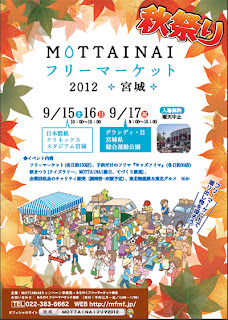 Some 30-20 years ago, environmental groups in the US and Europe like Greenpeace and Friends of the Earth attracted a lot of talent, people who wrote great reports and participated as non-governmental organizations at UN meetings about global matters, in addition to staging demos at sea and climbing chimneys and so on and so forth. What if we had not had those dedicated people? The world would have been a lot more dull.

Some of us decided to work directly for people, for consumers.

One of the great ideas back then was the concept of 3R* which is now mostly forgotten. If you know what 3R means, well done. The rest of you will have to fact check at the end of this blog post. 3R was a way of communicating the dire state we were in, some 20 years ago. We still have not learnt much. Thus, it seems to me that we are left with an entirely new 3R: Reduce consumption, Reduce waste, and Reduce ecological foot print...

Reduce is of course an idea that goes 180 degrees against the common economical ideology, that assumes that "growth" is the almighty. Thus, governments do QE rather than urging people to grow their own food, bicycle rather than drive, and learn to manage at 18C not 22C. Eat organic**, if possible. Growth? Well, not so easy on a small planet, with more people being born each day. The QE doctrine may be ok in small-scale, isolated economies, but impossible on a global level, on a small planet, without all kinds of losses. Our massive over-consumption means we are losing forests, potable water, coral reeves, wildlife, biological diversity, food crops, languages, knowledge.

What is so difficult about "reduce" as a concept?

The Japanese concept of mottainai was introduced in the more spiritual sense, not just that we are "wasting" stuff as such, but that we are treating stuff as inferior, and that instead, we should regard things, all things, as having dignity. To be a person that wastes stuff, any stuff, is to be a person that is not showing respect. To respect all, is to not waste. This is the new 3R, that I would call Respect, Respect, Respect.

I'm not sure if the mottainai term can be properly translated, and if not, it is better to use the Japanese term.

I like how people in Sendai, Miyagi used the theme of mottainai for their market in September, 2012. 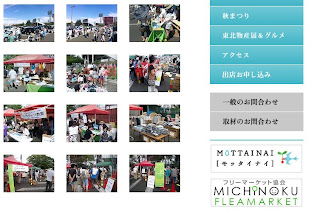 MOTTAINAI flea market 2012 in Miyagi will be held at Sendai-city and
Rifu- town on September 15th- 17th.This flea market is planned as a charity event for the sake of the reconstruction assistance for the earthquake and tsunami disaster victims. It will open 150 shops, and also open kids flea market for children, northeast product exhibition & gourmet where you can enjoy the local delicious cuisine etc.

* 3R is all about reduce, recycle and re-use. It also had the added sense of "re-think" as in we all have to stop and consider what on earth it is we are doing... We are born with certain rights, how about our obligations. Our environmental obligations, not just to the town we live in, or the school we send our kids to, but to the nation, to the planet.