The Election - A Disaster For Anti-Nuclear Japan? 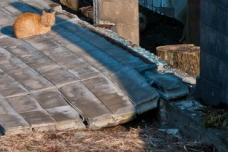 I'm going to keep this short as more details will no doubt be forthcoming after LDP and New Komeito form a government, having won the majority in Sunday's election. What can be noted right off the bat is that no party managed to ride any kind of anti-nuclear power wave to victory. Even the real-deal renewable energy activists like Iida Tetsunari could not get enough votes to get a seat in Parliament. That's pretty lousy, he could have done a lot of good. 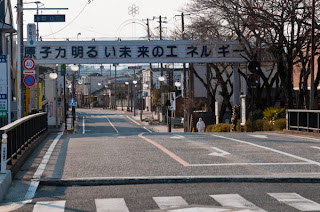 Anti-nuclear power parties missed this opportunity to explain to voters how Japan can manage short-term and long-term without the now unused power plants, that have been stopped one by one during 2012 for scheduled inspections, and not been restarted, except for two (at Ohi near Kyoto) out of some 50 or so (not counting the four at Fukushima Dai-ichi, three of which exploded after the massive earthquake and tsunami on March 11, 2011). 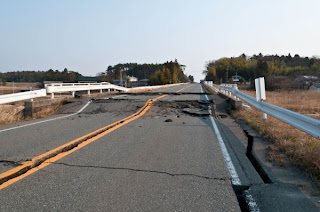 Meanwhile, experts have been able to look closer at possible seismic faults under the plants and thus also under the storage pools of used nuclear fuel, that also contain nasty stuff like plutonium, since that is being stored inside the nuclear plant buildings rather than at some - presumably - safe location, as no such location has been forthcoming. And yes, as a result of inspections during 2012, the experts have been noticing that some places may be more earthquake-prone than others.

In the case of Hamaoka, south-west of Tokyo, one can only hope that good sense will prevail and that the reactors there will be kept permanently off-line, whatever new policy emerges from Nagatacho and the Nuclear Village People...

Japan Offspring Fund (2005):  What to do in case of a major earthquake in the Tokai region

Of all the 52 active nuclear reactors in Japan experts agree that the 5 reactors in Hamaoka are the most dangerous. Hamaoka sits directly over a subduction zone near the junction of two tectonic plates. The ground is not solid rock, but sand. This area is in fact overdue for a major earthquake.
When the radioactivity is released, it will be much worse than if an atomic bomb was dropped in the region.
At Japan Offspring Fund, we are concerned with safety issues, and we would like to provide advice about what you can do to escape, when such earthquake happens.

Speaking of which, meanwhile, 2012 has, in my opinion been a great success for anti-nuclear activists, here and abroad, as more and more details are appearing online about the collusion between more or less corrupt politicians and people supporting the utilities and those who have profited at the companies making these darn things.

The Fukushima Prefectural Office and TEPCO contacted the mayors and assembly members of Ōkuma and Futaba in February 1961.  The leaders of the two towns leapt at the proposal, hoping that it would contribute to local economic revitalization.  In the case of Ōkuma , the town had fallen into financial distress, a fact which pushed the town to seek the construction of a nuclear power plant.  During the mid-1950s, there were serious question marks over the way in which the town’s budget was being spent, with budget demand seeming out of proportion compared with actual expenditure. This issue came to the surface when the building of the power plant was being discussed (the audit committee of the town conducted an investigation, but ultimately failed to explain the disparities). 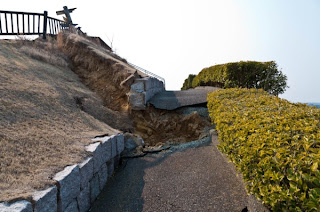 What is equally troubling is how environmental topics, especially climate change or my own pet topic, biodiversity, were totally absent from the election debate. Japanese politicians, you can do better, and voters, what were you thinking?

The battle will now be centered locally, at each town and city hosting a nuclear plant that the new government may try to restart. It is going to get very personal. Protests and demonstrations in central Tokyo will continue. You can join the last ones of 2012 outside the Prime Minister's Residency on Dec. 21 or Dec. 28, 18:00-20:00. Check Coalition Against Nukes for details in English ("1/3 of Americans live within 50 miles of a nuclear reactor; 23 of our 104 reactors have the same flawed design as those in Fukushima Daiichi that melted down") or the Japanese site at coaltionagainstnukes.jp or google to find a group near you.

Setsuden, the amazing campaign to reduce electricity consumption will of course continue.

Perhaps we could have a debate about how many nuclear power plants Japan really needs?

Watch out for PR from the nuclear industry that will claim that "Japan's plans to phase out nuclear power and boost reliance on renewable energy are likely to be reversed..." or else... 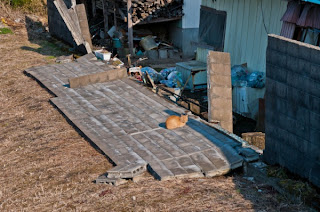 
"Japan must grow economically and energy policy plays a large role in that," Hideaki Omiya, chief executive of atomic reactor builder Mitsubishi Heavy, said in an interview on Monday. But "safety comes first, and so (reactor) makers must do all we can do to say 'if we do this it's safe.'"


In July, Kansai Electric Power Co resumed two of Japan's 50 commercial reactors after clearing provisional safety standards drawn up by the government. The decision to restart the units sparked a wave of protests.


No additional reactors are expected to be brought on-line until the summer of 2013 at the earliest as a new nuclear regulator is yet to compile fresh safety requirements for restarting them after the Fukushima crisis.

“People who voted for the LDP are supporting their economic-stimulus measures, not nuclear power policy,” said Toshihiro Inoue, a member of the “Goodbye Nuclear: the Action of 10 Million” civil movement, whose online petition to stop atomic reactors in Japan has so far received about 8.2 million signatures.

Photos from jpcoast, a great blog with lots of information and images of travel along Japan's beautiful coastal areas. These particular images are from a trip inside of the 20 km zone in March 2012, one year after the earthquake and tsunami hit Fukushima, Japan.
Biodiversity Climate change Economics 101 Energy Events Fukushima Hamaoka Kyoto politics reduce renewable energy Tokyo

Tom O said…
How very reassuring to see that 'democracy' has given that bastion of reason, balance and objectivity Ishihara Shintaro a seat in the Lower House, at the age of 127 or whatever it is.

Martin J Frid said…
And the head of Keidanren, the powerful business federation, is 85.