January 03, 2013
Here are a couple of links to some bright ideas from fellow bloggers. Also, for the new year, some principles to scale up in your daily life. Thanks everyone! 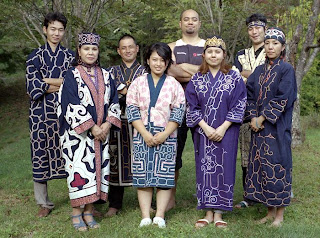 Help indigenous Ainu youth get to New Zealand for an exchange with Maori to study methods for cultural survival.

In January 2012, a Maori leader, Te Ururoa Flavell visited Ainumosir (Hokkaido) and Tokyo and witnessed the work Ainu people are doing in their communities to revitalize their culture, language, and rights. He immediately suggested that Ainu youth come to Aoteroa (New Zealand) to see how Maori community members have been working to ensure cultural survival.
Immediately, we formed the Aotearoa-Ainumosir Exchange Program Committee to seek out participants. After a rigourous interview process, we chose 7 Ainu youth to go on the exchange starting end January for 5 weeks. Once they reach Aotearoa, they will study, experientialy, about the various ambitious endeavors of Maori people who have successfully revitalized their rights as indigenous people while living with strength in the society of New Zealand.

18 days left of their fund raising campaign at Indiegogo!

Curious about visiting a Farmers Markets in Japan? Even if your supermarket does stock some great stuff, nothing beats meeting farmers directly and getting to know them. Tokyo has a number of farmers markets, and Joan frequently blogs about their schedules and details. Who knows what discoveries you may make. Maybe it will even inspire you to start trying your hand at some farming, too! She says: 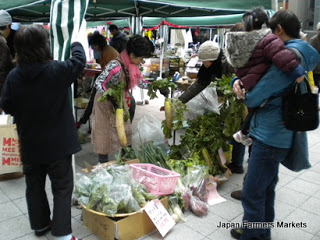 I believe small farms are a very real answer to all that ails our world from a lack of community to environmental degradation and climate change to obesity. Farming the same land season after season for literally thousands of years makes me think Japanese farmers have much to share with the rest of the world (and probably to learn, too), and I'd like to help facilitate that.

We need to move beyond money, loans and debt. QE isn't going to help us survive one bit. This isn't only about the financial cliff, it is about the ecological cliff... But you knew that already. What Ken in Shiga Aiichi is doing is remarkable. His long list of useful stuff he is willing to trade for your useful stuff is such an inspiration! (There was also something about a Satoyama Economy Rangers Program, or S.E.R.P. but I can't seem to find the link...) By the way, Ken, I have a lot of old paperback books, would you be interested in a trade...? In his own words:

Background: I’ve been meaning to trade stuff for years, but it’s really hard ! You have to have stuff already, or lots of time to make it or obtain it. Then if you finally have stuff you’d like to trade, you have to take a bunch of pictures and stick them on the internet.
Anyway,

- Care to trade ? Make a deal with me at the bottom of this page in the comments section. To send pictures of stuff, send me a mail at kenelwood, and then hotmail, and the (co.jp) thing.

I think one of the main lessons for the future is that we all have something we are good at, something we enjoy doing. If we do that, other good, enjoyable things will follow. End each day with a quiet prayer: Good things will happen.

We live in strange days after the big earthquake and tsunami on March 11, 2011, almost two years ago. We know that it could strike again, any time. We remember how fast it all happened, that fateful Friday afternoon.

My thoughts are with all who had to evacuate from their homes and still can't return or find a future where they can be happy. Meanwhile, it has been amazing to be a (small) part of the new (huge) protest movement in Japan, which is a global movement really.

Do not think things are going to change for the better unless you also take a part, not just to protest, but to start a blog, write a diary, take beautiful photos, make amazing music, sing, make videos, paint, speak, think... Taking a stand against something is also a positive, optimistic move. You start by deciding what it is you really want to protect, nurture, and care for.

Even when I get angry, I am always reminded that love and peace are stronger emotions. Head over to Ten Thousand Things regularly for lessons in how to not give in or give up. We are all in this together.

For example, did you know that...: 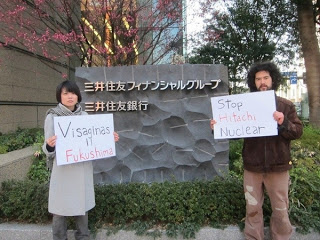 Despite this, Hitachi still intends to export an ABWR nuclear reactor to Lithuania. The Lithuanian people do not wish to increase the potential of a repeat of the Fukushima disaster in their country. 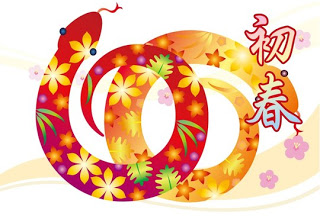 
Thanks for reading Kurashi. Nuf' said.

In August of 2011, we visited Proto Ainu Museum in Hokkaido and learned a bit about Ainu culture and history while we were there. Being a former Hawaii resident, I find the exchange program with the Maori (who have much in common with the Hawaiians, including origins) most interesting.

Farmers markets in Japan are wonderful. Even our supermarket chain (Seimiya) has a section in the front of each store offering the local produce. Farmers do have much to share. In fact, from time to time, fresh veggies are left on our doorstep as gifts from our neighborhood farmers. What a country!

Trade: Ken is indeed remarkable in his efforts to trade and create a resilient community. Super.

Protest - Important. I tend to focus on personal and group behavior myself. Live like you want the world to live. Be the change... But at the same time, protests help to change things at the policy level.

We certainly appreciate Kurashi - for bringing us readers a positive outlook and thoughtful analysis of things the "snews" (like snooze) won't cover.

I'm thinking it's just going to muddle along again this year like it has for the past 10, punctuated by some local catastrophes. After seeing how little daily life has changed after the 2008 financial collapse, seven years with global oil production on a plateau, and March 11 and the nuke collapse, I think the big mistake of doomers (this includes me to an extent) was assuming that failures would have positive feedback like a house of cards. Now I’m thinking the system at present is too resilient, and in a way that's even scarier, especially for the sake of the planet.

Trading stuff is good, because it allows you to get outside of the money economy, but as for a sea change I'm afraid it's but mere drops in the bucket.

Trading people -- or human resources -- on the other hand, is probably a better, more bright idea, as it allows for boots on the ground everywhere and all the time to do tangible change.

How can it be done, efficiently and to scale? I’ll re-post here what I originally wrote to you back on November 20 of last year, 2012:

“The less connected a particular environment is, the more degraded it has become. And vice-versa.”

The idea is to — utilizing the internet and university system — provide a springboard for students to connect directly with Satoyama movements, as per regenerative systems need to be installed everywhere by the hands and eyes of internally-motivated workers who still have time and benevolence on their side.

The springboard in question is Satoyama Economy Rangers Program, or S.E.R.P., which acts as a platform (social network site) to collaborate students groups on their respective campuses with various institutions currently in operation today (Satoyama initiatives, NGO’s, NPO’s, Transition Towns, Academic, Community, etc.). Students organize themselves on their respective campuses as a chapter-based model, and mobilize their peers to get involved –Rather than independent institutions getting one-off volunteers to help on missions and programs, student leaders start a chapter on their university campus to fuel an endless pool of help, via S.E.R.P and current on-the-ground operations, for the re-establishment of the old Satoyama Economy.

This idea is an intermixture made by combining 1. Jeremy Rifkin’s Third Industrial Revolution { vid }, that says the internet is an untapped resource to allow anyone to simulate and explore the future of energy and economy, 2. Zev Friedman’s Budding Forest Economy { vid }, that says building a “forest economy” as components of social systems and ecosystems is important and remarkable, and 3. Global Brigades, the world’s largest student-led global health and sustainable development organization, that shows a de-centralized yet collaborative social-cause mission self-perpetuating itself and drawing creativity from both student and place.

Ran・ger – Def. n. A warden employed to maintain and protect a forest or other natural area.