Protests Against Toshiba: "Finland Does Not Want More Nuclear Power" 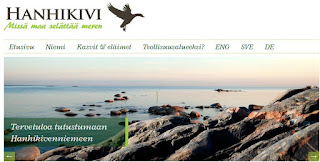 Activists from northern Finland are in Japan to convey the message that Finnish people do not want a Toshiba nuclear reactor in their neighborhood. Hanna Halmeenpää from Pro Hanhikivi has visited Fukushima Prefecture and is now in Tokyo to talk to anti-nuclear activists and I had the pleasure of meeting her and help interpret for her team. A mother of three, she was rudely awoken by a newspaper article that there would be a nuclear plant in the Baltic Sea nature reserve called Hanhikivi - on her doorstep, literally. This is a beautiful cape that turns out to be host to a large number of migratory birds, a location for breeding birds, and unique natural beauty. 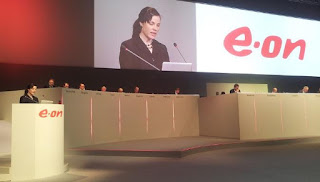 E.On, the German energy giant soon found out that they had dropped this project on the wrong doorstep. Through lawsuits, going to Brussels and arguing the case that this is a protected Natura 2000 area, and by an amazing amount of enthusiasm, Hanna and others managed to at least bring the project to a temporary halt. E.On has dropped out and as of January 2013, there is a huge hole in the project budget that could be very difficult to fill. Hanna and her friends managed this by purchasing shares in E.On, thus allowing them to speak up at the German company's shareholders meeting. 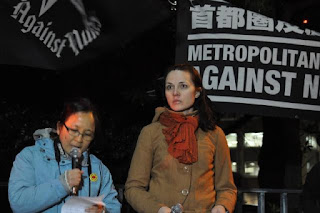 Adding injury to the insult (or is it the other way around?) is the fact that Japan's Toshiba is behind the plans, thus her urgent visit to this country. After 3/11, 2011, how can Japanese companies still be promoting nuclear power, abroad? What cheered me up is that some of Japan's main stream mass media - Kyodo, NHK in Fukushima, and Mainichi - picked up the story. Bloggers, activist housewives, and others are on the case, too. Thanks Lena Lindahl (J) for making this visit possible!

On Friday, Hanna spoke to crowds outside the Prime Minister's Residence in central Tokyo, and walked with anti-nuke demonstrators. On Monday, a protest will be held right in front of Toshiba's headquarters in Tokyo.

We really need to do everything we can to protect such beautiful places, that we share with other living organisms, on this fragile planet: for the sake of future generations, not just for our own small gains.

Top photo from the Hanhikivi website. Photo from Hanna's speech at the E.On shareholder's meeting from Yle.fi

The Hanhikivi cape locates alongside the main bird migration route and thus the numbers of migratory birds are extraordinarily high. The number of many bird species is – as far as known – even greater than anywhere else in Finland. Especially numerous species are, for example, many wader species, Bean Goose, Greylag Goose, Common Crane, many raptor species and Whooper Swan, whose number has been counted to be more than 10 000 during the spring and more than 15 000 individuals during the autumn.
Energy Events Finland Fukushima whistle-blower