January 05, 2013
With a lot of humour, and a great sense of compassion, we get these old manga stories from Japan's Old Tales. 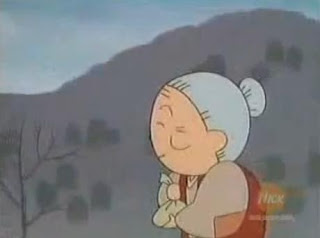 An old lady is trying to do good, bringing some rice from her small field to a local lord. Seems like we are talking about paying local taxes, right?

Her humble offering is rejected.

It says something about the way we feel, as we pay taxes.

Those who rule, don't they tend to enjoy their wealth, at our expense?

The old lady is really sad, as she returns to her house.

Meanwhile, the seven gods from the local lord, are disgusted by his ignorance.

He rejected her humble seeds, and threw them to the chicken...

The seven gods decide to depart, and make an effort to move to the house of the old lady, in the cold winter...

She invites them to her simple abode.

There is a certain glow...

And the poor seven members that used to occupy her altar, will move, as they are no longer wanted. Where do they go? Never seen the seven old gods look so decrepit, nothing like their usual glorious display...

How about that old guy, who called himself "lord" and was the head of the village, taking advantage of his position. This is what he ends up with, in the old Mukashi Banashi. 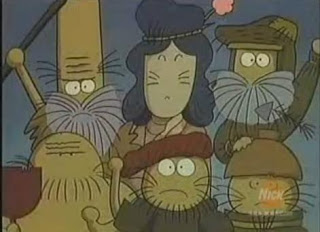