So, Nuclear Power Plants, How Safe Are They Really? 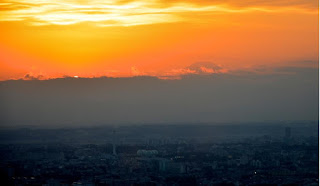 I'm confused by the news from Sweden and elsewhere that safety at nuclear power plants is not really that different from any other kind of factory. Anyone, with a mission, seems to be able to enter these premises. Doesn't that worry you?

Any location that has hazardous material ought to be sealed very tight. Or not be allowed to operate. OK, we are all humans, and mistakes are made, all the time. Sigh.

In Sweden, Greenpeace activists were able to simply walk into the Ringhals and Forsmark nuclear plants (Sweden has three plants, with 10 reactors).


A spokeswoman for Greenpeace Nordic said on Wednesday the six had remained in restricted areas around the west-coast Ringhals plant and Forsmark on the east coast by hiding on rooftops.
On Tuesday, plant owner Vattenfall said police had detained in all 59 people who had climbed over or cut through fences into the grounds of Ringhals and Forsmark.
"There was a heavy police search yesterday and still they didn't find them," spokeswoman Birgitte Lesanner said.
She said police resumed the searches again Wednesday morning after one of those hiding at Ringhals tweeted her whereabouts. 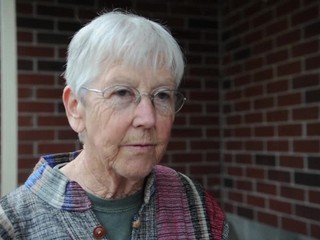 In the US, meanwhile, this 82 year old woman was part of a group that got into a US uranium complex at the Y-12 National Security Complex in Oak Ridge, Tennessee. She is my new hero. Way to go, Sister Megan Rice. Interesting that this only made the news in Europe since the same security (hrm) company was also involved in the London Olympics.

Ms. Rice, you have my support, all the way.


The Telegraph: G4S under fire after nun breaks into US nuclear facility


Sister Megan Rice, along with two male accomplices aged 63 and 57, allegedly used bolt cutters to get in to the Y-12 national security complex in Oak Ridge, Tennessee.


It is the US government's only facility for storing weapons-grade enriched uranium, a key component in nuclear bombs.


WSI Oak Ridge, the contractor responsible for protecting the facility, is owned by G4S, which failed to provide enough security guards for the Olympics. That led to the British government having to use military personnel for the Games.


The groups's chief executive Nick Buckles recently told MPs the Olympics fiasco was a "humiliating shambles for the company."


In the latest debacle Sister Megan, from Nevada, got through four fences to gain access to the Highly Enriched Uranium Materials Facility, which holds the enriched uranium.

The other guy is Greg Boertje-Obed, one of three Plowshares protesters who penetrated Y-12's security barriers on July 28, 2012 to draw attention to weapons production activities, a couple of times before he departed for Duluth, Minn., after being released from jail. He and the other protesters will be tried on multiple federal charges, with the trial in U.S. District Court set for Feb. 26, 2013.

His story is an interesting one. He wasn't always a pacificist. Indeed, he studied psychology at Tulane University on a ROTC scholarship, and after graduating voluntarily joined the U.S. Army -- serving as a medical service officer at Fort Polk in Louisiana, with the rank of First Lieutenant. His family was supportive of his military pursuits, he said.
"I was trained to fight and supposedly win a nuclear war," Boertje-Obed said.
Boertje-Obed said the troops were trained to deal with chemical, biological and nuclear warfare.
"They have us imagine we were in a nuclear war and what would we do if a bomb (detonated)," he said of the experience with group attached to a combat engineering company.
"That's when I really realized all this was a sham," Boertje-Obed said. He said he remembers being given a respiratory mask that was extremely painful to wear and while it might have been helpful against chemical or biological agents it was useless against radiation.
"I realized if this was preparation for war, I was going to die, and I needed to change that," he said.

Tom O said…
Any company linked with 'nuclear' will of course not want anything at all to impinge on their profits/share dividend. Thus one the one hand they will spend lots of money on pro-nuclear industry lobbyists and propaganda and cut corners on small fry things such as safety and security. Bolt cuttable wire - nice and cheap! Plus there doesn't seem to have been to much actual security in force mentioned either.

G4S - here in the UK, re the Olympics, it was such an incredible sham BUT then twas the incredibly 'efficient' government that gave them the concract. You would think with security/terrorist issues we have, esp in London, that it would THE major priority to 100% vet each and every candidate. Nope. Not to generalise (but then again why not, easier that way) any British Muslim could have applied and worked there. Did I mention it was British born Muslims of Pakistani origin that carried out the attacks in London in 2005? Thus, not a few people concerned about what could happen again. Oh, of course, that could have been construed as 'racist'. A card that 'community' like to play when that issue raised. Which reminds me, one should check out how many Somalian British born 'young men' fly out to Somalia and Yemen for special 'training'. And I am not talking about how to wire a plug.

Anyway, since we had that wonderful friend of General Pinochet and Reagan in charge - one M Thatcher - it has ALWAYS been about profit before safety. Thus the many fatal train crashes we have had in this country over the years since. Cutting corners/costs.
3:50 am, January 13, 2013

I'm increasingly worried that nuclear power plants are not as safe as we have been led to believe. I hope they can either be shut down fast or find ways to make them a lot more secure.
1:59 am, January 15, 2013