I get angry extremely rarely, which is why events today took me by surprise. I was at a local Home Center (which in Japan is a place where you can by gardening supplies, among lots of other things) with colleagues who have a small car.

As we returned to the car to load our bounty (shovels, garden scissors, rubber boots, bags of soil and fertilizer) it turned out that the car just opposite ours was idling like mad. Not only that, but the red sports car was empty, so it wasn't possible to just go up to the driver and politely tell him to turn off his foul-smelling engine. The driver had left his engine on while going shopping.

Now, I don't own a car so I don't really know what goes on in the brains of drivers. But this made me really angry, for a number of reasons. Such as, my health - having to breathe the foul air from his (her?) car while standing directly behind it. Such as, wasting fuel. Such as, the health of our planet - ever heard of climate change?

There is a term, climate angst, which appeared a few years ago in New Zealand and Australia, using the German term for "worry" or "concern" which is also more existential, about serious issues related to life itself. What we are doing here on Earth matters, and we ought to know better. Coming generations and grandchildren will most certainly curse us for a) leaving behind huge amounts of horrifically dangerous spent nuclear fuel and b) having also managed to f*ck up the climate for them, AT THE SAME TIME. And I never shout. I never (almost) get angry. I try not to swear. But red sports cars that are left with the engine on full blast make me very upset.

I can't find the link, but apparently a WWF Sweden study has recently shown that some 80% of Swedish kids suffer from "climate angst" and worry about the future. Push Sweden is a new initiative this spring to get youth to do more for their future.

And do check out Plan:

Plan is an international child rights organisation that enables millions of children around the world to have an active role in their own development. We fund our work through a multitude of sources: primarily by individual sponsors, grants from statutory funding bodies, corporate partnerships and individual donors. 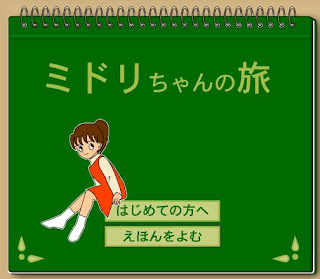 Japan Center for Climate Change Actions (J) has made efforts to reach out to children in Japan and talk about climate change... Try reading the picture book with Midori-chan...

Top image: Berglins, a Swedish comic strip that I like, translation mine, do share if you feel so inclined.

Tom O said…
I have the perfect idea/remedy for this kind of thing, please tell what you think. Get some stickers made up, the size of which I will come onto in a moment. On the sticker will be a reference to idling of the car/how stupid it is/climate angst - take you pick. Now, the idea is that when Mr Ignorance returns to his car and gets in staring at him - on the windscreen - will be the sticker. He can't avoid it. So, with a bit of luck he won't have noticed the sticker until he has got INTO his/her car - no doubt will be on their keitai with people having to dodge round them as they don't look where they are going. The size of the sticker. Large enough but small enough. I do have a feeling that such stickers are about somewhere... The beauty of this too is that if they are too stupid and/or ignorant to be away from the car then one can place the sticker without worry of being caught!! Human ignorance, btw, don't get me started... And of cousre, as a rule, politicians set the standard there, ne.
11:25 pm, March 25, 2013

Tom O said…
Btw, one can of course develop this further. Making the sticker REALLY sticky and thus difficult to remove and, cunning this one, placing the sticker as central on the window as possible so that the driver has a problem in not only reaching but removing it also. Will give him/her a nice omoide with respect to leaving their engine running while shopping.

Pandabonium said…
The "Bozo" with the idling car returns to the store and buys a package of razor blades, then comes out and starts scraping off the sticker - while his engine is still idling...