Female Writer Wants To Improve Relationship Between China And Japan 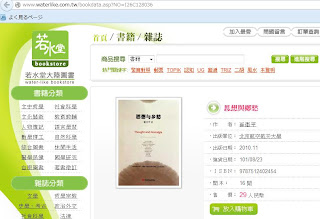 I'm probably going to have to update this later, but the story so far - a female Chinese writer is getting lots of signatures from intellectuals in China to improve the relationship between her country and Japan. Which is all very good, of course (if it is true).

Asahi (J) reported about it 2 days ago and again today, October 10, Tokyo Shinbun (J) had the story. I'm having some trouble finding out exactly who the 56 year old writer might be, but her name in kanji is  崔衛平

and her 2010 book (or perhaps rather a book she contributed to) with the English subtitle of "Thought and Nostalgia" appears to have been published by the Beijing Aviation Institute. Link (to a Taiwan website).

All very good of course, we need much more action like this. Some 467 intellectuals have signed her appeal so far, asking for "reason to prevail in the relations between China and Japan." Mostly, it is the Chinese government's outrageous ban on the sale of Japanese books that appears to have triggered this, but also the sense of "heartbreak" that the writers are experiencing as the two countries appear to have completely lost their bearings over the Senkaku Island matter.

A lot of Japanese bloggers are picking up on this as a sign that things may improve. I hope so. At this point, I can't find a photo of her, but if anyone has any clues, please help in the comments or by email.
China Peace