September 24, 2009
I was on radio again today, a live show called Compass over at FM Nishi Tokyo, a local station near Tokorozawa and Mitaka, which is west of central Tokyo, but actually in the middle of Tokyo To, the larger area that reaches way out west to the Oku Tama hills where only the bravest of the brave seem to venture, except to grow rice and fruit and veggies...

Kumiko-san was the "personality" that led the interview, and she admitted to being a little nervous having a foreigner on her show, but she did a terrific job and I like being interviewed in Japanese. She had read my book carefully and noted that I recommend 555 different foods, and that I must have done a lot of research. You bet - and we shared a lot of laughs on the air, or rather on FM 84.2 MHz. 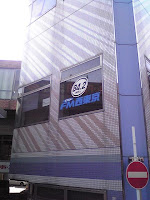 She also explained to the listeners about some of my choices of top-ranking foods, such as Yotsuba Milk from Hokkaido (a company that is very careful about using local feed for its cows) and domestic olive oil from Shodoshima, a small island, part of the Seto Inland Sea National Park. Food oils by the way is one area where Japan imports almost all products. Not a great idea, really, as so many dishes here rely on oils like sesame for flavour. Where does the sesame come from? In many cases it is not even written on the bottle, but I found a few that are made with domestic sesame, and some that are using sesame grown in Burma, Tanzania and Nigeria!

We talked in some detail about health and safety, and I repeated that I generally think Japan has very safe and healthy food. I do like genmai rice and I mentioned how impressed I am by some traditional foods here, like tofu. 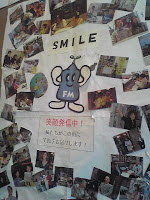 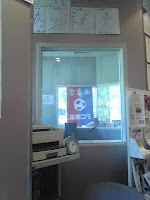 But I was also given a chance to talk about my great concern for Japan's food security, and how people here will have to change the consumption patterns to rely less on imported foods, as we are running out of fossil fuels. Reduce meat consumption, rely more on locally produced foods. Also, if you care about climate change, you are probably already rethinking your shopping and eating habits. Right?

On a related note, I mention in the book about not using a refrigerator. This was something I tried last winter for about 4-5 months, as it was cold enough in my kitchen to not need to keep the fridge on. I saved money by saving electricity, and got a valuable lesson in how to store foods the old-fashioned way. I did shopping almost daily, which meant my food was more fresh. Also, I stopped using the freezer as I got tired of the bland taste of thawed foods that really didn't taste the same after that kind of treatment. Most of all, as I told Kumiko-san, I got to appreciate traditional ways to keep foods like fermentation in the case of miso. I also feel better prepared in case we have major power outages or simply an energy crisis that makes it impossible to depend on "the grid" that we take for granted today.

No, I'm not a total freak about eating locally. I love Italian food and we also talked about Swedish dishes, like pickled herring that come in all kinds of flavours - mustard, tomato sauce, spicy, salty - yum! Kumiko-san has kids and I was happy to describe how to make rye bread, one of my hobbies that I don't get to do very often these days, as I don't have an oven, but what a good lesson it is for children to learn such skills.