I wonder if John Lennon knew about Japan's constitution, and had it in mind when he made "Revolution Number 9", the track that The Beatles released on the White Album in 1968. Yes, I have always liked Revolution (You Tube).

Peace groups in Japan are concerned about the recent attempts by the government to change Article 9 of the constitution, the article that renounces war. Activists are concerned that Japan might aquire nuclear weapons (which the country does not have today, thankfully, and does not need).

A group of activists are currently doing a long walk all the way from the nuclear power plants in Matsue city in Shimane prefecture to Rokkashomura in Aomori prefecture. That is a long walk: blog here. They started in March and they should arrive just in time for Earthday Rokkasho June 23-24. The map of their walk is here (in Japanese). If you want to support them, why not purchase their t-shirts with a nice design of the number "9". Goods for sale here.

Map of the Earthday events and a google map from Rokkashomura here. 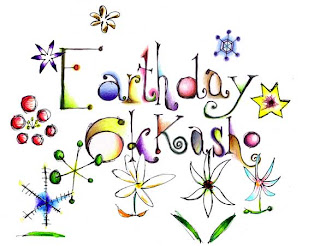 The young generation that has instinctively understood the graveness of its meaning in the historical context has started to form groups and movements spontaneously, for evaluating the government's agenda on Constitution #9. The trend is now rapidly spreading among people of all ages, all social classes and all forms of activities. Individuals and groups are forming connection at an impressive rate. It is no longer few isolated occurrences. The connection among people is creating a strong wave and a current of the times, just as if the seeds that spilled in the 60s have felt the coming of the spring and is starting to sprout all over the place.