Consumers Union of Japan: In Memory of Urano Hisako 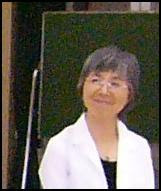 This is very personal. I had the joy and the privilege to work closely with Urano Hisako at Consumers Union of Japan over the past five years.

Ms. Urano Hisako, who supported the international activities over the past 20 years at Consumers Union of Japan, has passed away on 2009 December 14. She was only 60 year old. I first met Urano-san as Consumers Union of Japan planned its 20th anniversary in August 1989: When we started the work to prepare for the large Asian Pacific Consumers’ Conference (APCC) held in Omiya, Japan, she began working as a volunteer at our office. Urano-san, together with almost 50 other volunteers who were fluent in English, contributed to the success of the APCC, coordinating this large meeting as we welcomed 20 guests from countries in the Asia-Pacific region...

Pandabonium said…
Such a sad loss. Especially those close to her, but also to us all for she was working to make the world a better place. I am sure you will put effort into your own work with self reflection and gratitude, as should we all.
6:35 pm, January 14, 2010

Martin J Frid said…
Thank you so much for understanding and making this kind comment. "As should we all" indeed P, my hands are joined together in prayer, for her. She was so special.
12:39 am, January 29, 2010