I am very interested in how Japan deals with the housing issue - how are we going to live in a sustainable way, developing a comfortable kurashi, a way of life, while avoiding oil and nuclear power? The home is a major expense, often paid for by loans, or life savings, or inheritance. We want that to be "green" and not contribute to climate change, pollution, and health problems (Sick House is a term that many Japanese people are familiar with after the debates in the 1990s regarding toxic chemicals used in new home building).

Asahi notes that new house designs in Japan are focusing on making efficient use of wind and light to provide renewable energy sources, thereby cutting down on the use of electricity and carbon emissions that add to the greenhouse effect. The growing interest in so-called eco homes also stems from a government campaign to promote "symbiotic housing"--structures that are environment-friendly:

In 1998, the Institute for Building Environment and Energy Conservation (IBEC) introduced an accreditation system for housing construction that meets certain criteria with the goal of promoting symbiotic housing. The number of dwellings that received official accreditation as symbiotic housing doubled to over 3,000 in fiscal 2006 compared to the previous year.

There is, however, a downside to going green: Natural materials cost more, hence a higher price tag.

Sekisui Chemical Co. (English website, with CSR reports) markets homes that come with built-in solar-power systems that "eliminate electricity bills." Building costs for such homes start at 650,000 yen per tsubo (about 3.3 square meters). The company also offers the option of retro-fitting existing homes with the system in an effort to increase its market share.

In 2005, an impressive 53 percent of all new Sekisui homes had the solar-power system installed.

Misawa Homes Co. introduced its "ECO Bikiko (microclimate) Design" homes in 2005 (lovely music and simple grapics). Based on the company's accumulated know-how and technology that conserve energy and other resources, its new homes incorporate designs that utilize the comfort and benefits of the natural environment, according to Asahi.

The Building Center of Japan has a lot of information in English. 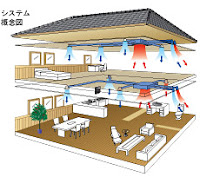 Sweden House is a successful company in Japan, I don't get paid to promote them, but their website is great! And Sweden Hills in Hokkaido is a residential area, modelled on Swedish design, a housing project near Sapporo since 1983. 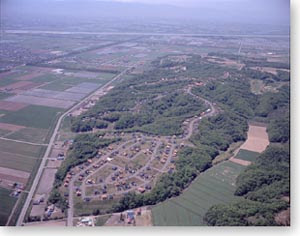 Anonymous said…
I'm skeptical of these companies. What is meant by eco-friendly? Less wasteful than their previous models? I mean, there should be a standard based on true sustainability, not just relative to past mistakes.

In the US, appliances that are 10 or 15 percent more efficient than old models are given an "Energy Star" rating to help sell them. But shouldn't the standard be based on what is possible? For example, what's the point of an "efficient" clothes dryer if a clothes dryers aren't needed at all?

In Japan, houses need to be built better too so that they can last a long time. At present, they are torn down every several decades and a 50 year old house is considered really OLD.
8:44 pm, September 25, 2007

Martin J Frid said…
Thanks for the comment. Sceptical is good, but we also need to move forward - getting people to ask the right questions when they are thinking about buying or building a new home.

What Japan built 50 years ago was a consequence of a devastating war. I think they are doing a lot better today. Some new Japanese homes I have seen are very innovative, using a lot of natural materials (wood, tatami...) and carefully considering energy consumption.

Still, all the single windows are really terrible, and insulation often seems to be an afterthought...
9:39 pm, September 27, 2007