On September 1 and 2 this year there were a number of disaster prevention events all over Japan. I took some photos with my poor little mobile phone, you get the picture. 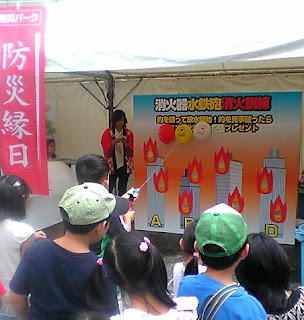 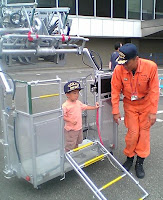 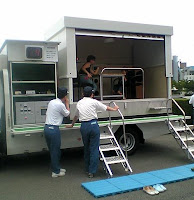 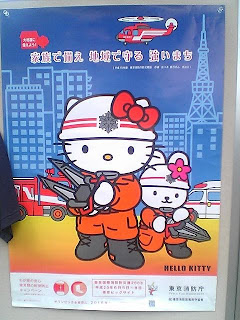 The main area of the drill was in Izu, Shizuoka Prefecture.

The various exercises included one to evacuate tourists and another to secure the safety of employees of the Shizuoka Prefectural Government based on an urgent quake alert system of the Meteorological Agency, which will begin providing information to the general public in October.

Aside from the disaster drill, a separate drill was held simultaneously around the Hamaoka plant, which set up an emergency task force of the nuclear safety agency in the area and held an urgent information relaying drill under the assumption that there was a fire at the plant. 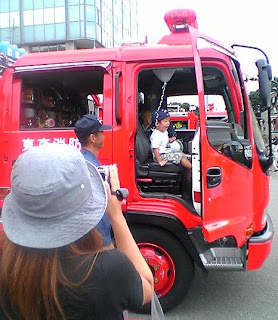 (That boy was having a great time!)
Events Hamaoka

Pandabonium said…
My SO (K) almost went to that drill in order to learn how to translate during emergencies, but had to cancel.

Martin J Frid said…
She might want to talk to the City Hall people about that, I'm sure they can need some assistance.

Pandabonium said…
Martin said, "I'm pretty good at directing cars, just give me a big red stick and a wistle"