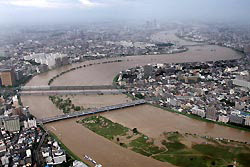 Great photos of Tama River in Kawasaki, as Typhoon Fitow continued north today Friday. This river is swollen to the maximum, and you have to admire the impressive engineering that went into those levees. According to Wikipedia, Tama River has not breached its levees since 1974. I still can't believe people are choosing to live so near such a powerful river.

Update: One bridge in Kanagawa Prefecture collapsed after its base was weakened by the massive flow of water:

The river began to reach a dangerous level in the predawn hours of Friday. Officials said the river's width increased to about 400 meters, compared to a norm of 40 meters, according to The Mainichi.


Haha, this is one cool river with its own official website: Tamariver.net. English information here. 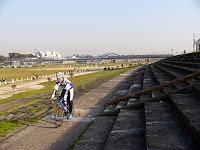 Tama River is normally a popular weekend destination, with many bridges for the commuter trains and Shinkansen linking Tokyo to Yokohama and the rest of western Japan. 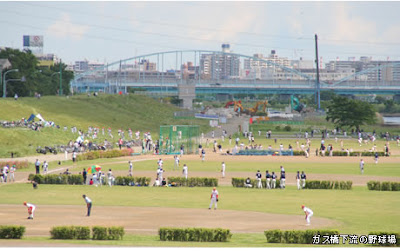